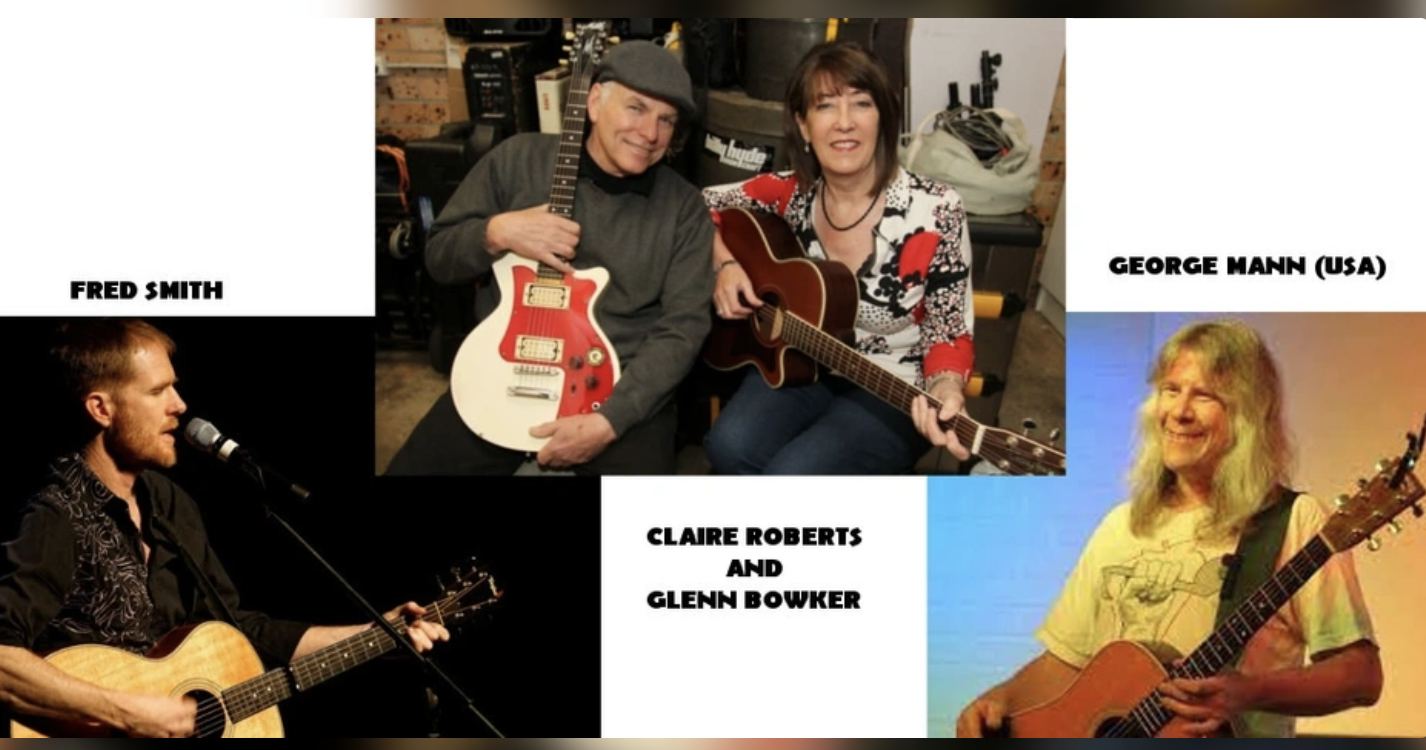 THE NEXT JOURNEY CONCERT

CLAIRE ROBERTS AND GLENN BOWKER are moving on in the journey of life and joining with Fred Smith and George Mann to create a musical treat before leaving the Illawarra.

Not many Folk Clubs have institutions but we have had one for well over 30 years and that is Claire Roberts. Someone who has played at the Sydney Entertainment Centre with Peter Paul and Mary, has played all around Australia in Bush bands (Notably Pinchgut and Eureka), performed before a Prime Minister and is a folkie through and through.

Claire Roberts will be playing with her husband Glenn Bowker. Though he still likes to maintain his roots in rock bands, Glenn also has a great musical history having played with residencies at Chequers, Whisky A-Go-Go and the Stage Door Tavern as well as supporting such artists as John Farnham, Russell Morris and Jon English.

This might be your last Chance to see this remarkable duo for a while as they are moving back to Northern Victoria (Claire’s original State), so we may not see them as often as we’d like.

“Fred Smith is simply the best folk/country musician working in this country in 2022. Beyond writing some of the finest songs about Australians at war, he has created a repertoire that is wry, literate, witty, powerfully emotional and insightful.” (Bruce Elder, Sydney Morning Herald).

Fred and his guitar, a wonderful storyteller, up close and personal

A former union organizer and activist based in Ithaca, New York, George Mann sings songs from the last century of the labor and social justice movements, and his own songs are powerful and funny takes on the state of the nation. He can make you shout for joy, send chills down your spine or bring tears to your eyes in the same set.

“The Coronavirus Sessions,” George’s latest CD, was released in October 2020 and one year later, George released “A World Like This,” a new collection of 11 songs featuring a wonderful band of Ithaca-based musicians.

What a remarkable and talented lineup!
A concert not to miss!