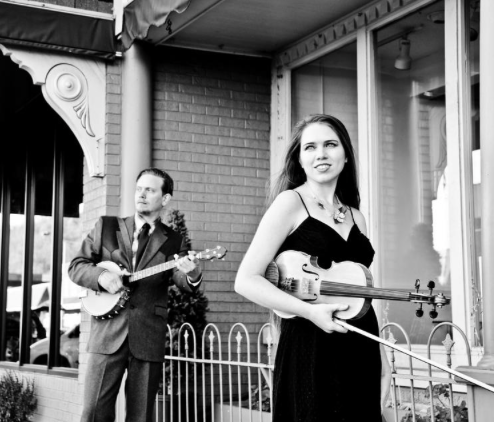 The Whitetop Mountaineers have been performing and touring around the globe for many years together, Jackson and Martha have played concerts, festivals, workshops, and dances throughout the United States, Canada, UK, Ireland, Australia and New Zealand.

Along with performing as a duet act, they also are members of the Whitetop Mountain Band, which is made up mostly of the Spencer family and is one of the most popular old time bands in Southwest Virginia. The band has won many competitions and awards in band, vocals, fiddle, mandolin, banjo, duet singing, and dance throughout the years in Fiddler’s Conventions throughout the Virginia, North Carolina, Tennessee, and other southern states.

“I had the pleasure of attending several performances of The Whitetop Mountaineers at the Woodford Folk Festival. From the first note of their show, I was left in no doubt that Martha Spencer and Jackson Cunningham are the real McCoy when it comes to Old Timey music. I imagined their high lonesome mountain voices and tasteful guitar, claw-hammer banjo, fiddle and mandolin accompaniment could have come straight out of Appalachia 80 or 90 years ago. It was obvious that this music has been in their blood for many generations, and this couple have been immersed in it since their conception.”

It’s not often we get to see the real McCoy here in Australia. If you get a chance to see The White Top Mountaineers, you won’t be disappointed ” Stephen Loss.