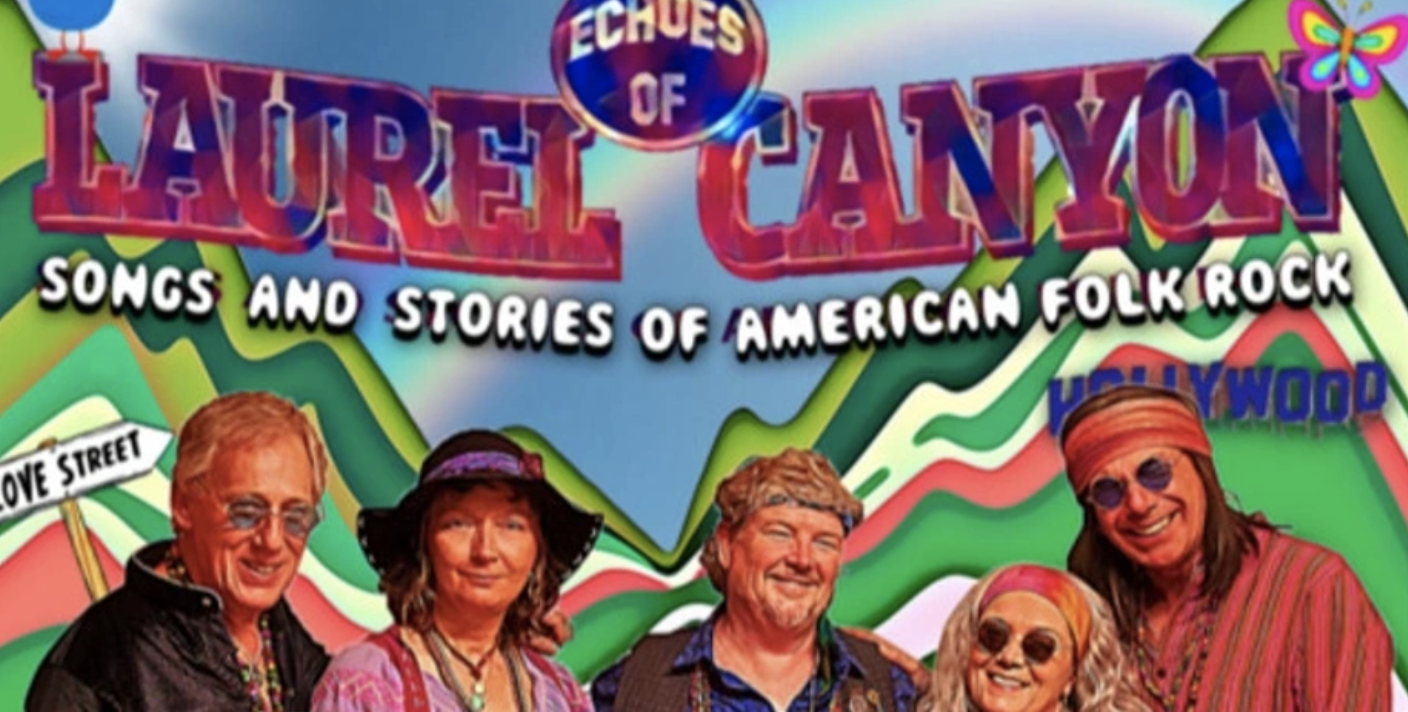 Echoes of Laurel Canyon is a 90 minute retrospective of music and stories about the most influential artists who lived in Laurel Canyon, the foothills of Hollywood, between 1965 and 1975. Similar to other legendary rock & roll neighbourhoods of the same era like Haight Ashbury in San Francisco or Greenwich Village in NYC, Laurel Canyon was a community of artists who forged a new genre of music (Folk Rock) that forever changed the look, sound and attitude of popular music. Artists like The Mamas and The Papas, the Byrds, Buffalo Springfield, Doors, Crosby, Stills, Nash & Young, Gram Parsons, Carole King, Joni Mitchell, Jackson Browne, Linda Ronstadt, America, and the Eagles. The Trippy Hippy Band not only performs the music you love, but shares with you the stories that inspired them. Echoes of Laurel Canyon is a journey thru a special time in American pop music…won’t you join us?

And here’s a little bit more about Laurel Canyon:

Laurel Canyon is a mountainous neighborhood in the Hollywood Hills region of the Santa Monica Mountains, within the Hollywood Hills West district of Los Angeles, California. The main thoroughfare of Laurel Canyon Boulevard connects the neighbourhood with the more urbanized parts of Los Angeles to the north and south, between Ventura Boulevard and Hollywood Boulevard. Laurel Canyon became a nexus of counterculture activity and attitudes in the mid-late 1960s and early 1970s, becoming famous as home to many of L.A.’s popular musicians. “Mama” Cass Elliot’s home was considered one of Laurel Canyon’s biggest party houses with celebrations lasting many days, well attended by the hippest musicians and movie stars of the era.