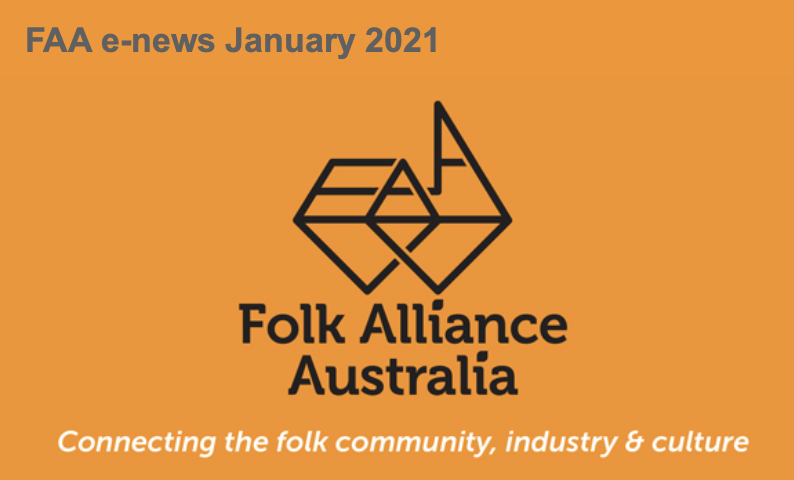 Following what has probably been one of the most disastrous years for Folk Music in recent times and, when recovery and revitalisation of the Australian folk sector has never been more important Folk Alliance Australia launches National Industry Awards.

New National Folk Music Industry Awards to be launched in 2021

Folk Alliance Australia believes that Folk Music needs to have a higher profile in the national Music and Arts industries. For this reason we will present the inaugural national  Australian Folk Music Industry Awards in 2021.
We will release details of these awards in March and entries will open in May. A National Folk Awards event will be staged live and livestreamed nationally in October.