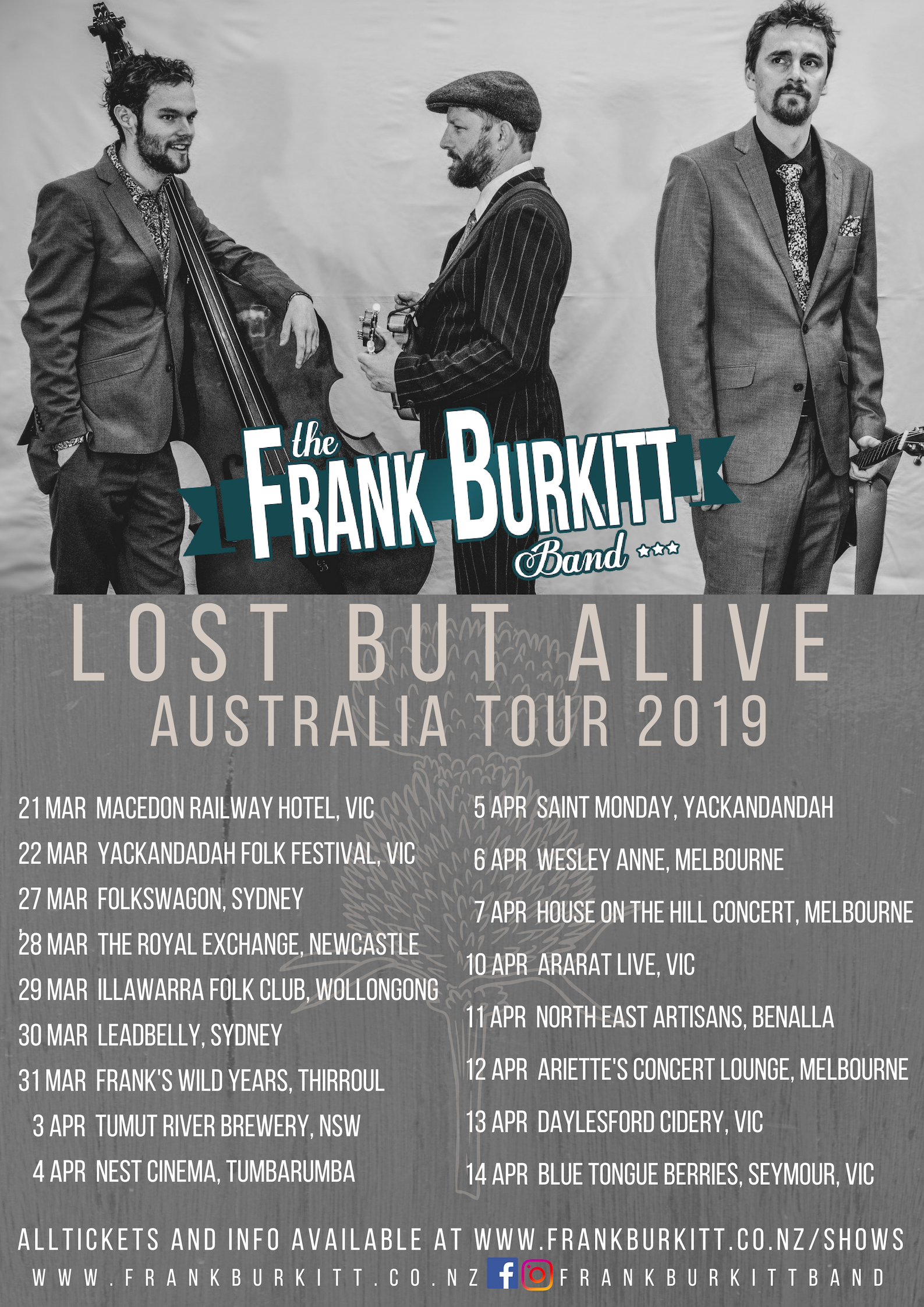 The Frank Burkitt Band are gathering their instruments and hopping over the ditch from their New Zealand home for a 17 date tour across Victoria and New South Wales. Following on from the success of their March 2018 Australian tour in support of their second album Raconteur, which won the band the Vodafone NZ Music Award for Best Folk Artist 2019. This tour will support their new live EP Lost But Alive (out 30th Dec).

Starting at Yackandandah Folk Festival, they will perform in Melbourne, Sydney, Newcastle and a host of smaller towns along the way. Touring this time as a trio with vocals, guitar, mandolin and double bass, they will perform original songs spanning a wide range of genres such as Americana, swing, blues and folk.

Frank’s songs often come with anecdotes and his rambling but entertaining introductions give audiences a back story to each song. Subject matters such as philosophy, space travel, nature, relationships, haircuts and colourful characters from Frank’s past are all delivered within expertly crafted arrangements, performed by fantastic musicians.

All tickets and information can be found at frankburkitt.co.nz/shows 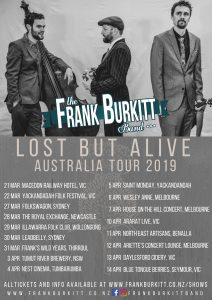