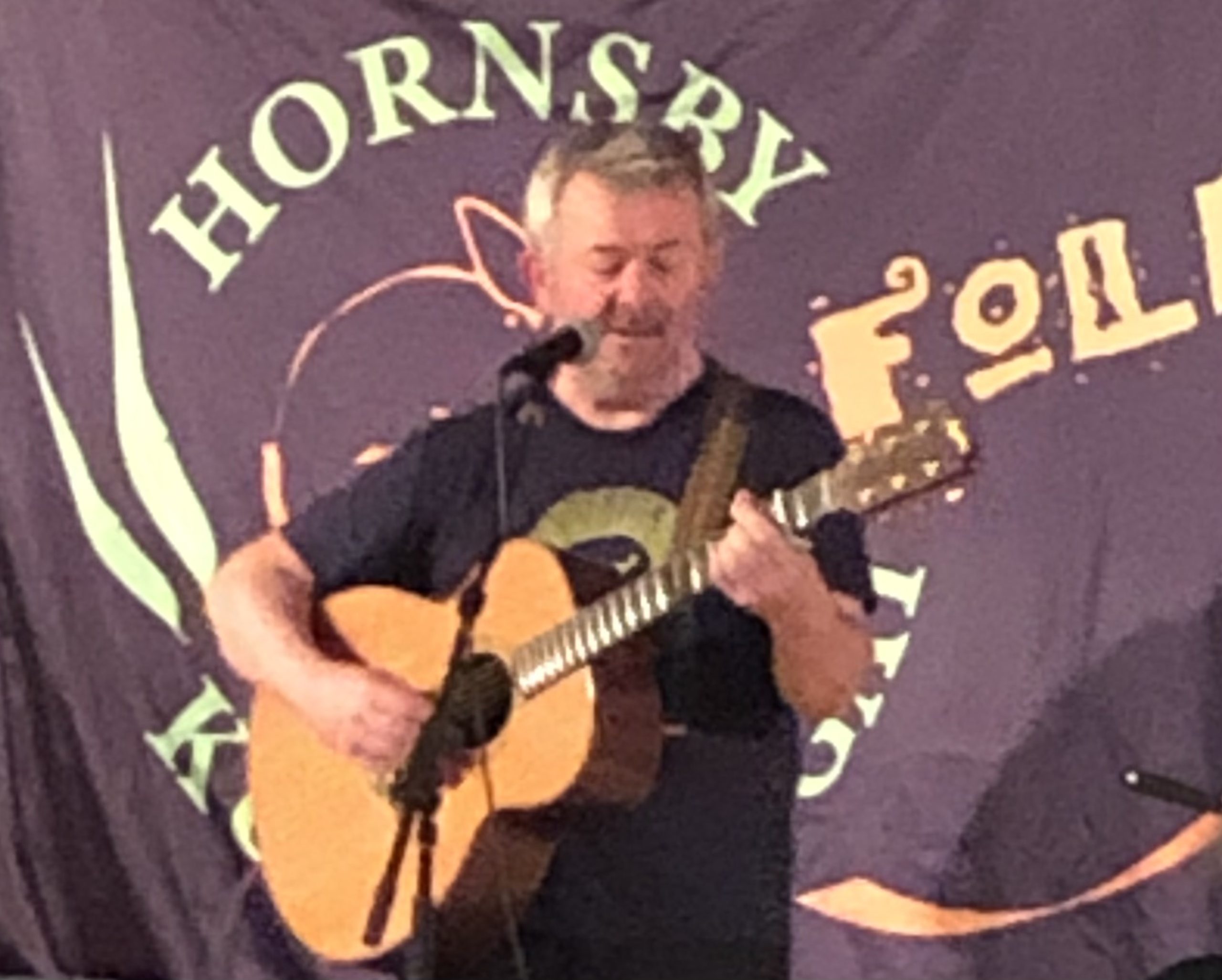 It’s been a few years now since I’ve had the pleasure of hearing Enda Kenny perform. The last time was as Director of the National Folk Festival when I booked him in 2019. Described by Colum Sands as “the finest Irish songwriter living overseas”, Enda has recently returned to full time music and I must say that the intervening COVID years have not in any way diluted the wit, humour and insightful song writing he brings to the stage.

The show at Hornsby Ku-ring-gai Folk Club was Enda’s first since returning from the UK and promised a long-awaited reunion with Dave O’Neill with whom Enda has performed over many years. Unfortunately, this was not to be with Dave still recovering from a recent illness. Enda however is a consummate performer, “a cracking solo entertainer” and did not disappoint.

We were treated to new material inspired by the COVID lockdowns, songs about Melbourne and songs from his extensive back catalogue including one of my all-time personal favourites The Smell of Rain which I first heard him perform in 2002. Enda’s sets were peppered with the occasional song by some of his favourite song writers such as Richard Thompson’s Beeswing providing balance and perspective to his show.

Whether in song or through the patter that links the journey between his songs Enda Kenny is a brilliant and engaging storyteller. At times we (the audience) were singing along, there were also plenty of opportunities for a laugh, while at other times we were just caught up in the reflective nature of songs such as Streets of Joyce.  It was a top night of folk at its very best.

What a wonderful gem this is tucked away in Sydney’s north providing opportunities for audiences to hear folk in an intimate setting and, there’s always a warm welcome from the organising team led by Barry Parks. Like many of our folk venues, since COVID, audiences have been slow to return. Folk Clubs are the backbone of our folk community providing not only stages for our artists to share their music but an important social connection for us all.  So, get out there and support your local folk clubs.

Where next to Hear Enda

Enda will be in the Illawarra next weekend 23–24 September performing at Spinfest Mall Stage (12pm 23 Sept) and Folk By the Sea (The Pavilion, Kiama 24 Sept). If you’re lucky enough to get to Maldon Folk Festival in Victoria (28-31 Oct) he’ll be performing there with Carmen O’Brien.