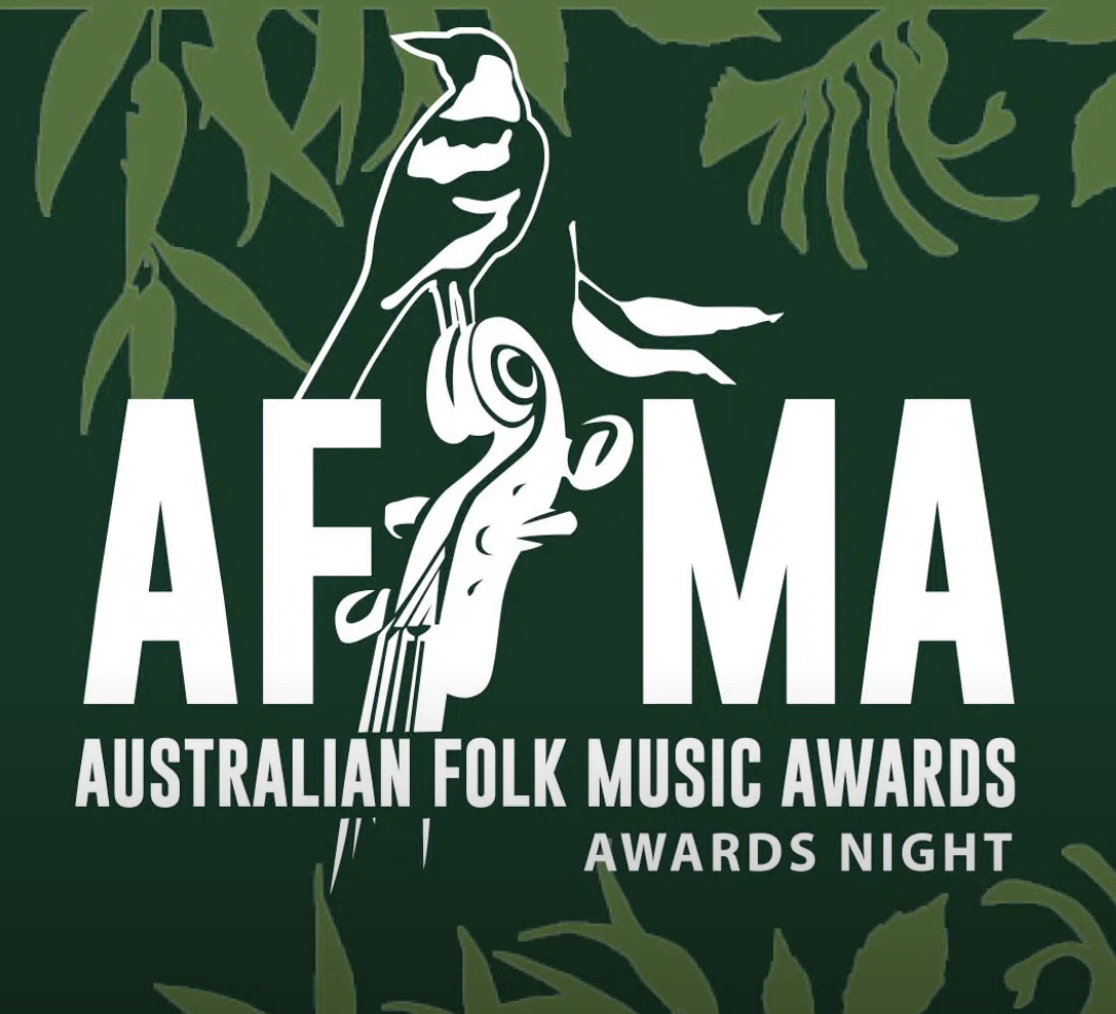 The folk gathered at Melbourne’s Brunswick Ballroom for the 2nd Australian Folk Music Awards presented by Folk Alliance Australia, introduced by FAA Board Member John McAuslan and hosted by Fiona Ross and Derek Guille. It was a night celebrating the great diversity of folk from across Australia and, where folk was most certainly centre stage.

Nine awards were presented with some 49 finalists. There were fabulous performances and well wishers who zoomed in from all around Australia. To get a sense of the night and, to find out who the winners were view a replay of the Live Stream Here.   (scroll in 1hr 13 mins for the start)

It’s wonderful to see these awards going ahead for the second year and a big “hats off” to Folk Alliance Australia for making them happen.