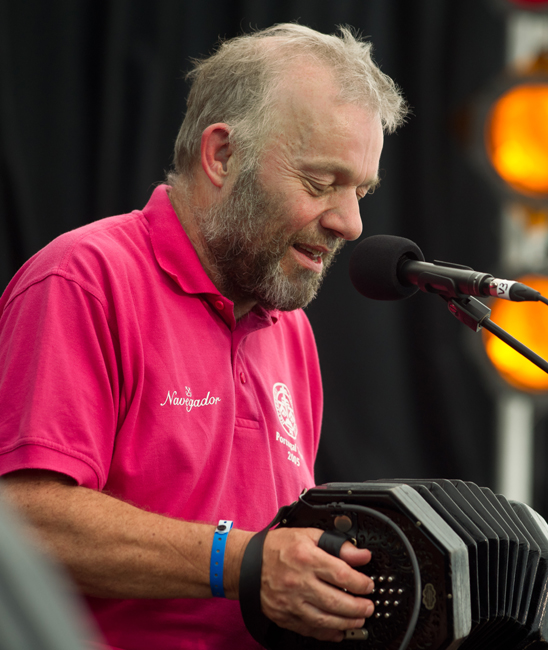 Steve Turner is known as a pioneer of highly sophisticated English concertina song accompaniments, stretching the boundaries of traditional forms, with one of the best voices in the business. He is a multi-instrumentalist, who also accompanies himself on the cittern, and also plays mandolin and banjo.

After a thirteen year break, building up an internationally known stringed instrument business, he made a welcome return to performing in folk clubs and festivals in 2005.

Steve’s 5th album, his first for 22 years ” The Whirligig of Time” was long-listed for the BBC folk awards in 2008. His 6th album ” Rim of the Wheel” was released in spring 2012 and received rave reviews – David Kidman in N.E. Folk Roundabout called it “sheer genius a sure contender for one of my folk albums of 2012”

In the F/Roots August/September 2014 edition Nancy Kerr in her “Rocket Launcher” interview when asked “what was the best gig you ever saw?” answered “the best spot I’ve seen recently was Steve Turner – total intensive musical focus and a vast serious repertoire”.