RARE TREATS at the Newcastle and Hunter Valley Folk Club 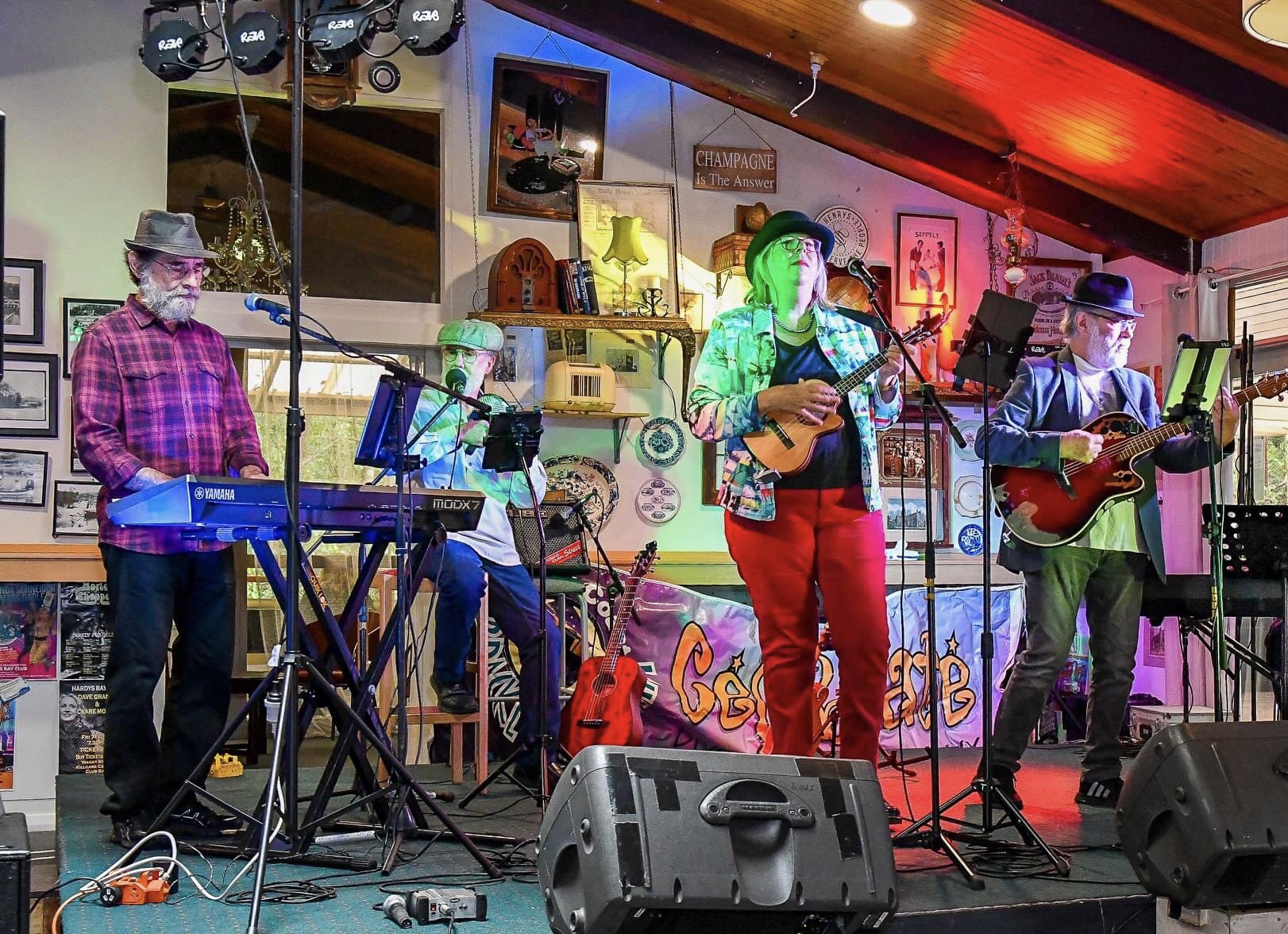 One good thing that has come out of the Covid-19 pandemic is the formation on the NSW Central Coast of a new four piece band, RareTreats. Made up of musicians from other bands, both former and current, RareTreats is a multi vocal ( lots of harmonies), multi instrumental band. The concept is to perform very good songs from the past 100 years that we have uncovered that are not well known, or good, well known songs with our own slant. Originals also feature greatly. We aim to make each one a ‘rare treat’ for any listener.
Featuring Cec Bucello (BluesAngels, Usual Suspects, Slightly Off, Trad&Now) Trudy Van Laar (TreetH, Bouddi Voice Choir) Greg Frohlich (Frohlich Bros, The Settlers Terry Carlan (BluesAngels, Summerland Kings). Instruments include, keyboard, banjo-mandolin, ukulele, suitcase drum kit, guitar, mandolins, kazoos and slide guitar.
During the pandemic, between lockdowns, RareTreats performed at Hardys Bay Club, Erina Leagues Club, Shipbuilders Walk, Avoca Beach and at the National Folk Festival. RareTreats won 2nd prize in the final of the Infinite Song Competition at the National. Their music includes well over 200 songs covering many genres. Set lists for the Folk Club will include all the songs from our new CD.