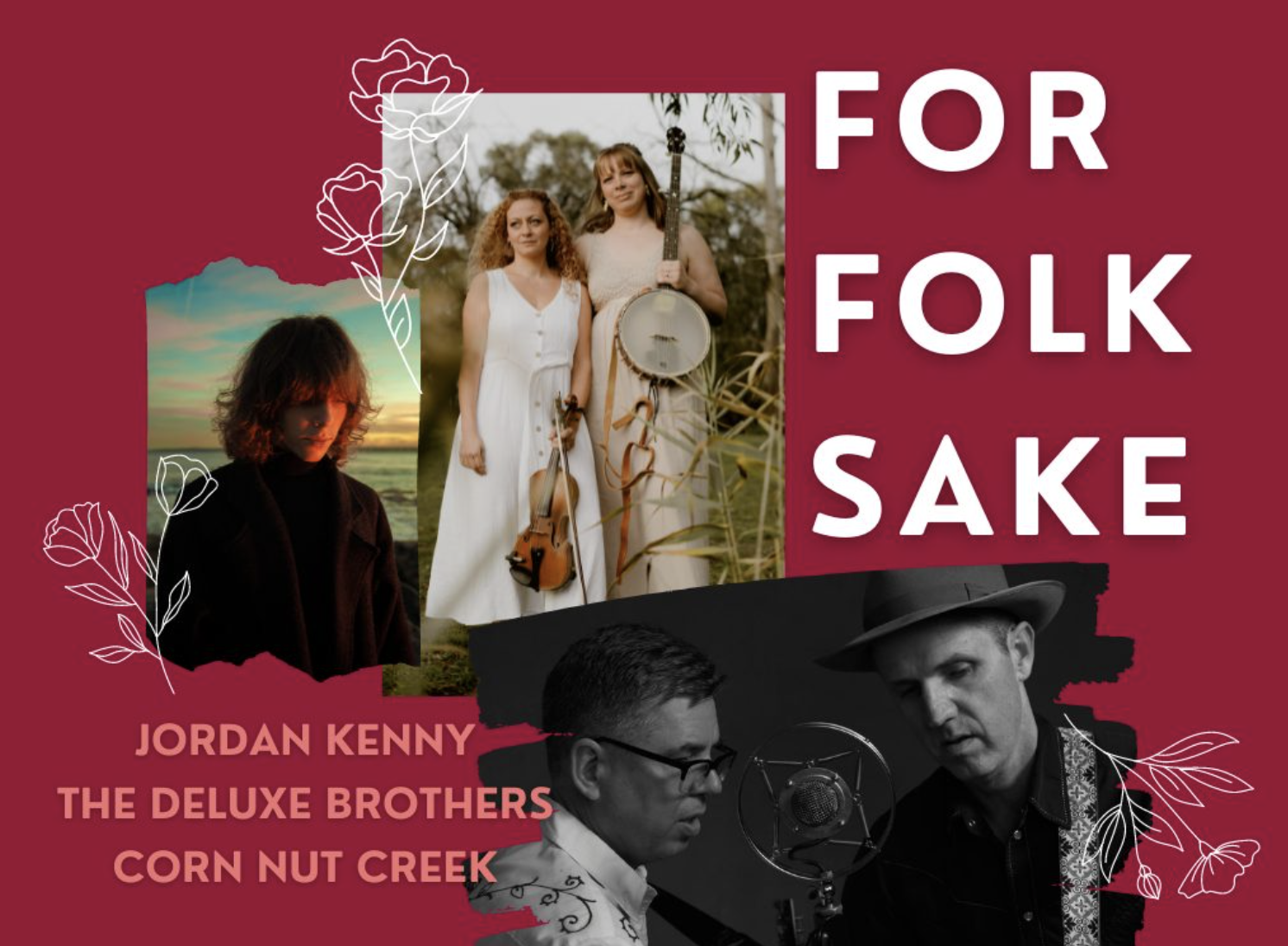 ~ live original music on the first Thursday of the month ~
October program features:
JORDAN KENNY
With beatnik flair, Sydney artist Jordan Kenny crafts crackling stage performances with timeless energy.
Featuring an eclectic mix of quirky folk, 60s rock, and a kindling poetic voice, his shows are not to be missed.
THE DELUXE BROTHERS
The Deluxe Brothers (Guy Donnellan and Baron Alder) have been old souls since before they were old bodies. They’ve been steeped in the music emanating from the American South in the 1940s and 50s since they first started playing together in their teens, and have been gigging around Sydney ever since.
CORN NUT CREEK
Corn Nut Creek is a story of two women from different sides of the world on a journey of self-discovery through music.
The Appalachian indie-folk duo features Tanya Bradley’s banjo paired with Danielle Vita’s fiddle and vocals – an ensemble greater than the sum of its parts. Their brand-new single ‘Trails of Truth’ is a progression from their Americana and bluegrass roots that signals an evolution of the band.
TICKETS
Tickets are $20 and must be booked in advance. You can grab them from Moshtix