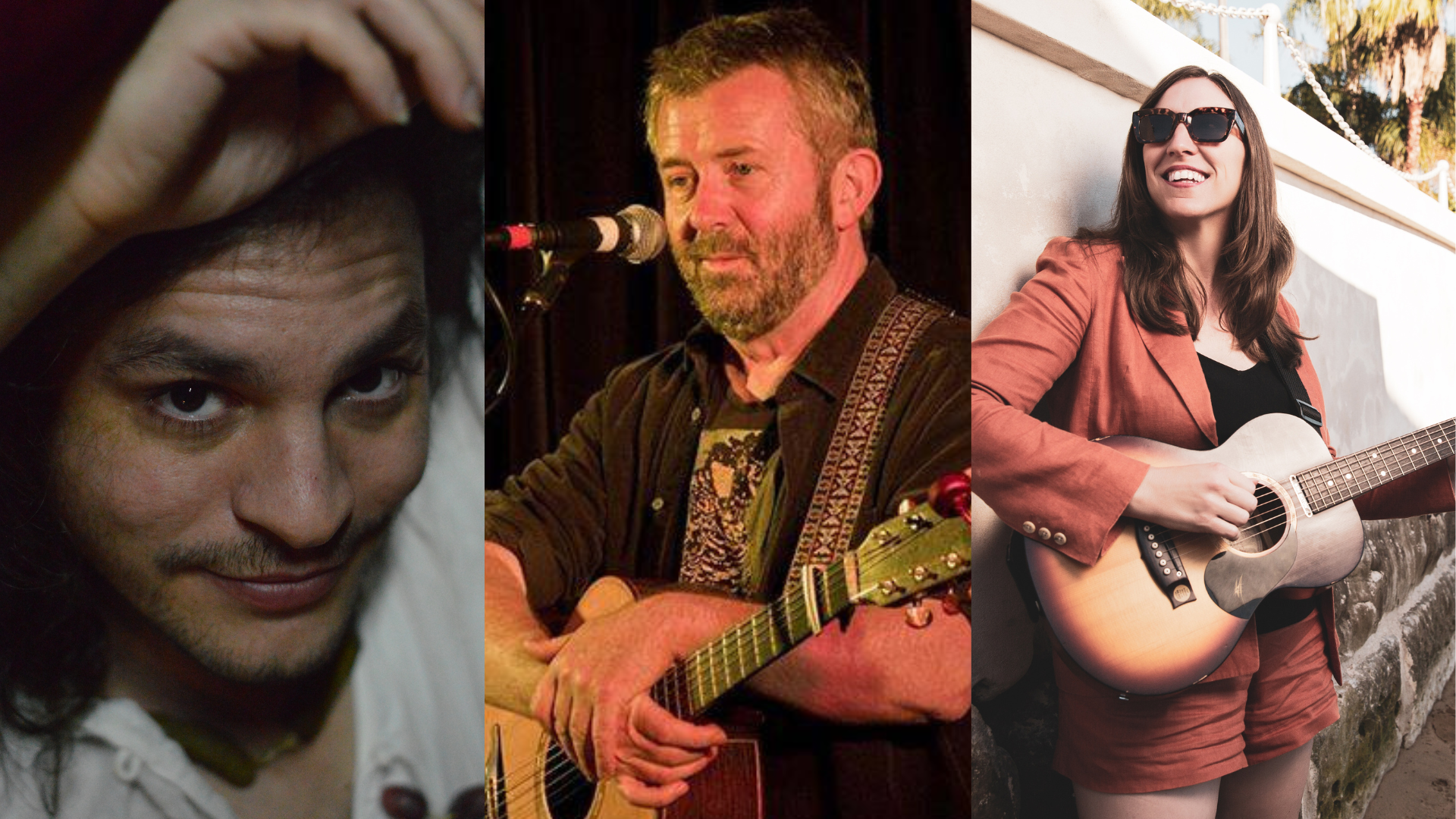 Join Enda Kenny + Jasmine Beth + Chris Neto for a cosy afternoon of songs and stories in the round at El Rocco, one of Sydney’s oldest venues. All ages are welcome.
Tickets are $20 in advance on 0413 054 432 or at https://bit.ly/sunday-songwriters-enda-chris-jasmine-190223 / $30 on the door… until sold out!
About Enda Kenny
For over three decades, Dublin-born Enda Kenny has delighted festival audiences across Australia and toured internationally to a dozen countries. His annual tours to UK and Ireland have established a reputation as a cracking entertainer with a razor wit and a swag of songs you’ll want to join in with.
Twice winner of the Port Fairy Festival Song Writing Award, he has been described by Colum Sands as “the finest Irish songwriter living overseas” and by the Sydney Morning Herald as “Australia’s best songwriter”. His second album Baker’s Dozen was SMH album of the week and Here & There was the Folk Alliance Australia Album of the Year.
Enda moved to the Victorian Alps in 2021 and is back on the road full time with music. He starts a three-month European tour in Germany in July and is featured throughout the UK festival summer until late September. With eight independent albums including the timeless Heart Tattoo, Enda is back in NSW through February and March with shows in Sydney, Canberra, Woy Woy and Cobargo Folk Festival before a welcome return to New Zealand for eight concerts in March/April. http://endakenny.com.au/
About Jasmine Beth
Jasmine Beth plays original songs about people of all kinds–from problem gamblers to problem politicians. Her main influences are folk and country singer-songwriters of the 1960s and 1970s, including Bob Dylan, Leonard Cohen, John Prine, Tom Waits, Johnny Cash, and Roger Miller. Her single ‘The Gambling Man’ (2021) was a Finalist in the Great American Song Contest 2021, 7th in the ‘Australia’ category in the Australian Song Contest 2021, and Commended in the UK Songwriting Contest 2021. She released her single ‘Dark-Eyed Man from Derry’ on 1st July 2022, and is currently working on her second album. https://jasminebeth.com/
About Chris Neto
Chris Neto is an up-and-coming singer/songwriter from Sydney. After winning the 2017 Sydney semi-final for Listen Up Music’s songwriting competition with track ‘Talk About It’, Chris further developed his craft via the 2019 GRID Series Western Sydney Program. As featured in The Industry Observer, he worked with Hannah Joy and Tim Fitz from Middle Kids resulting in debut single ‘Bitter Beer, Sweet Wine’. He has shared the stage with established acts such as Julia Jacklin and Lime Cordiale, with an otherworldly, haunting quality to his voice. https://open.spotify.com/artist/49pQCKngtba9fMdHp7fOBd


Get Directions
Back to Events
← Daniel Champagne at the National Theatre, Braidwood Cobargo Folk Festival →