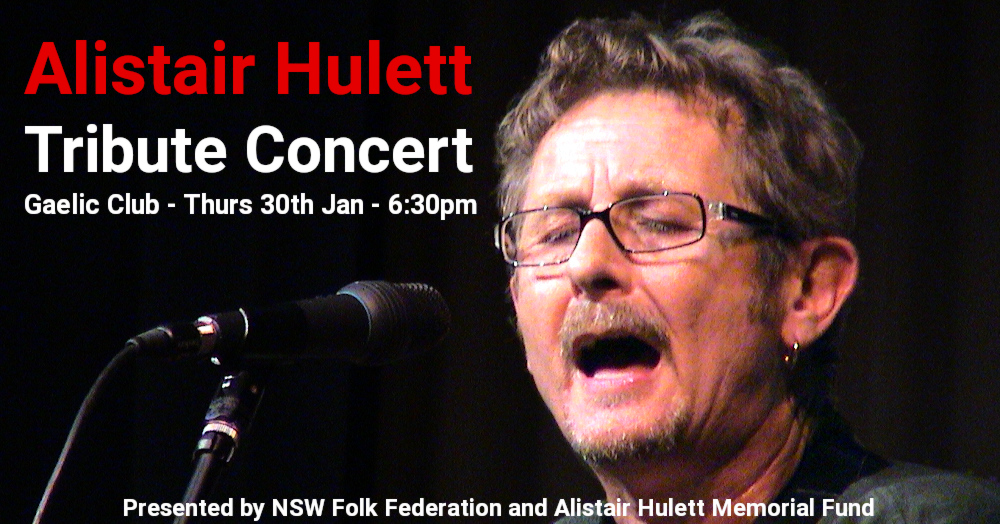 A Tribute concert to singer and songwriter, Alistair Hulett for the tenth anniversary of his death.

This concert has been organised by the Folk Federation of NSW and will support The Alistair Hulett Memorial Fund which administers an annual songwriting award in Alistair’s memory.

Book online or pay at the door.