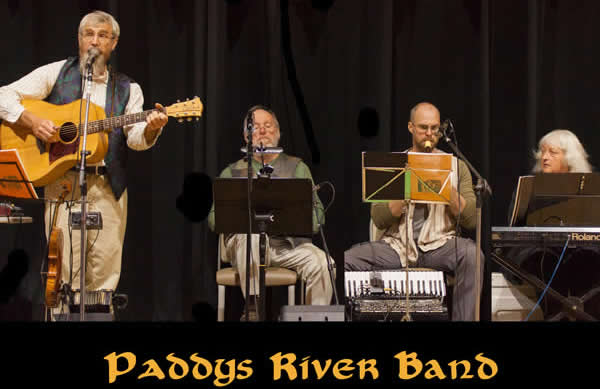 Paddys River Band is an Australian Bush Band that has been performing for events such as bush dances, concerts, fund-raisers and parties since 1995. The core of the band was initially members of the same family:- David Johnson, and Anne Pidcock , and their three sons. Now with our sons spread out over the globe, other musical friends are invited to join the lineup. Paddys River Band's dance repertoire features a range of Bush Dances from the elegantly simple to the more involved, all taught by an experienced dance caller and accompanied by uniquely Australian dance tunes. Whether it be haunting Irish airs, lively Scottish reels, rollicking bush songs or environmentally sensitive songs. Paddys River Band has a range of music that delights and entertains.