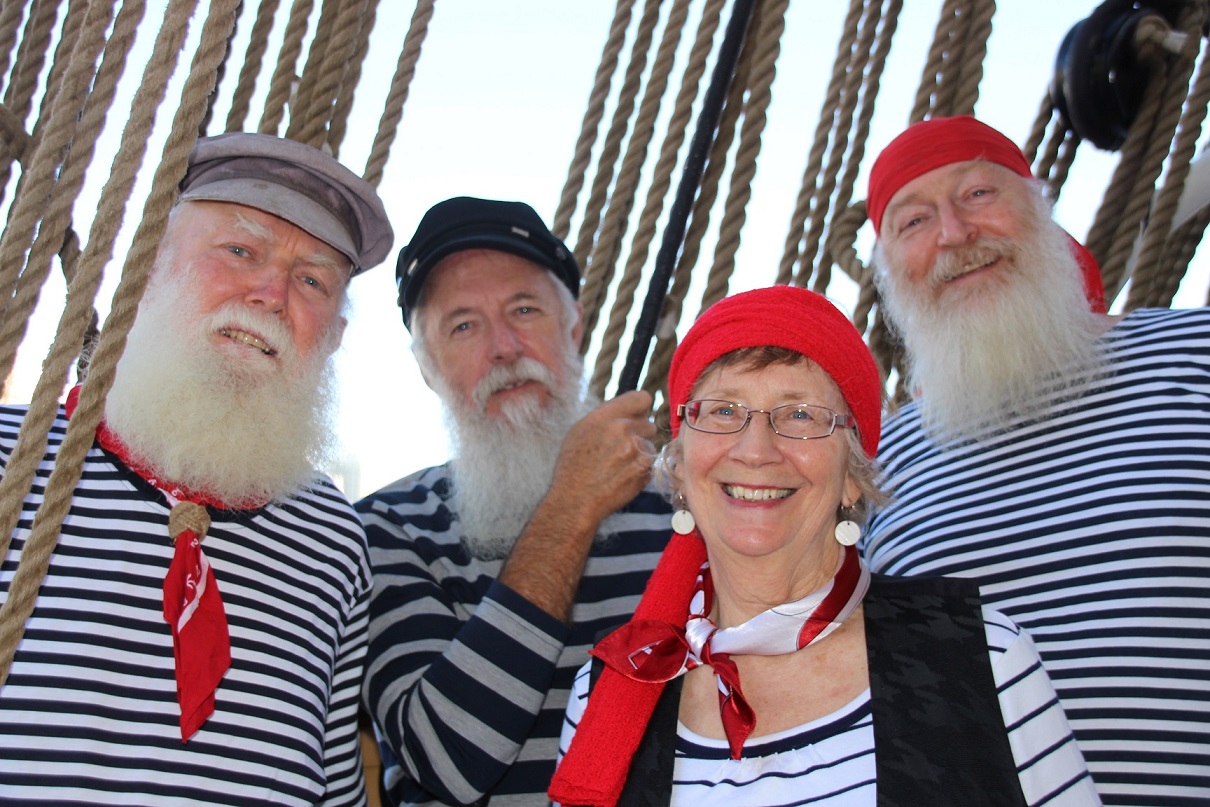 Forty Degrees South – Don Brian, Thomas Hanson, Chris Maltby, and Margaret Walters, veteran singers all, with strong links to the folk scene in Sydney who are happily ignoring their ‘Use By’ dates. Like most performers, gigs were few and far between during the various lockdowns – but we managed a couple online in early 2021 – one for the Folklore Society of Greater Washington and two at the Rainy Camp Festival (Seattle Folklore Society) which drew this response: "What a blessing and a bonus (in these times) to hear the 4 of them singing out their souls for us. Hurrah, boys, Hurrah!" In mid-2021 we produced a new CD – “Crossing the Line: Songs of the Southern Oceans” – and in the last six months we seem to have caught up with some real live performances including the 2022 National Folk Festival. What a treat after two years of abstinence.