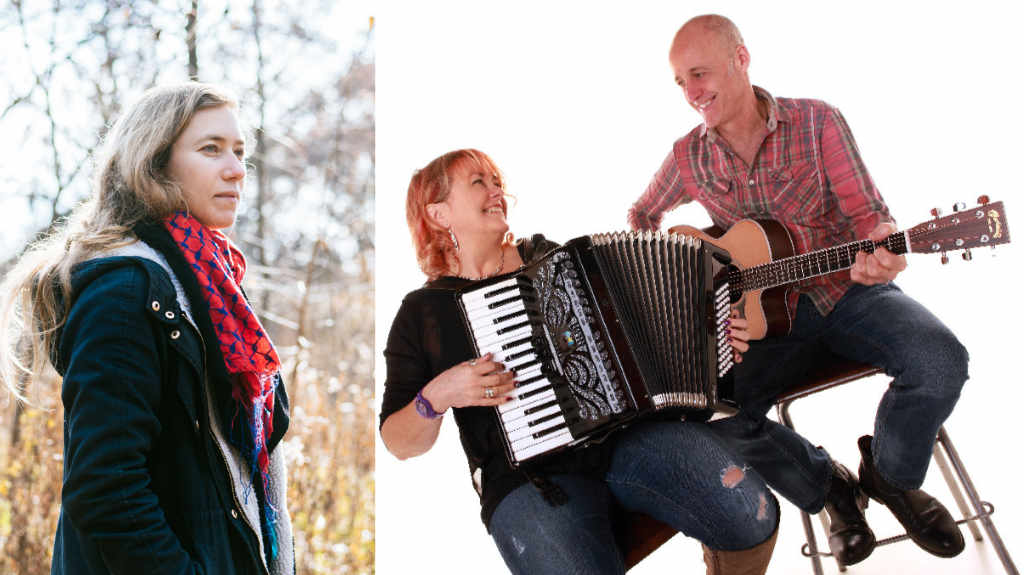 Kip Winter & Dave Wilson have a fine repertoire of self-penned songs, telling stories of everyday life which often reflect the bigger picture of this life we lead (“Songs for local heroes”, as one punter said).

Kip Winter (vocals, accordion, guitar, flute) is one of the finest singers on the circuit, expressing power and emotion in equal measure “from melting to belting”. Dave Wilson (vocals, guitar and banjo) is amongst the top tier of British song writers, with his songs covered by some of folk’s “greats”.

But it’s in live performance that Winter Wilson really excel, bringing a sense of intimacy to every stage, welcoming audiences into their world, mixing songs with stories of life on the road. “This isn’t a performance – it’ s a domestic!”.

Originally hailing from the industrial landscape of Hamilton, Ontario, Dana Sipos inhabited the far Canadian north – Yellowknife, Northwest Territories – for many years before going nomad. Her captivatingly nuanced songs continue to be infused with a wild wind and a haunting, slightly hypnotic surrealism, akin to the mysteries of the north.