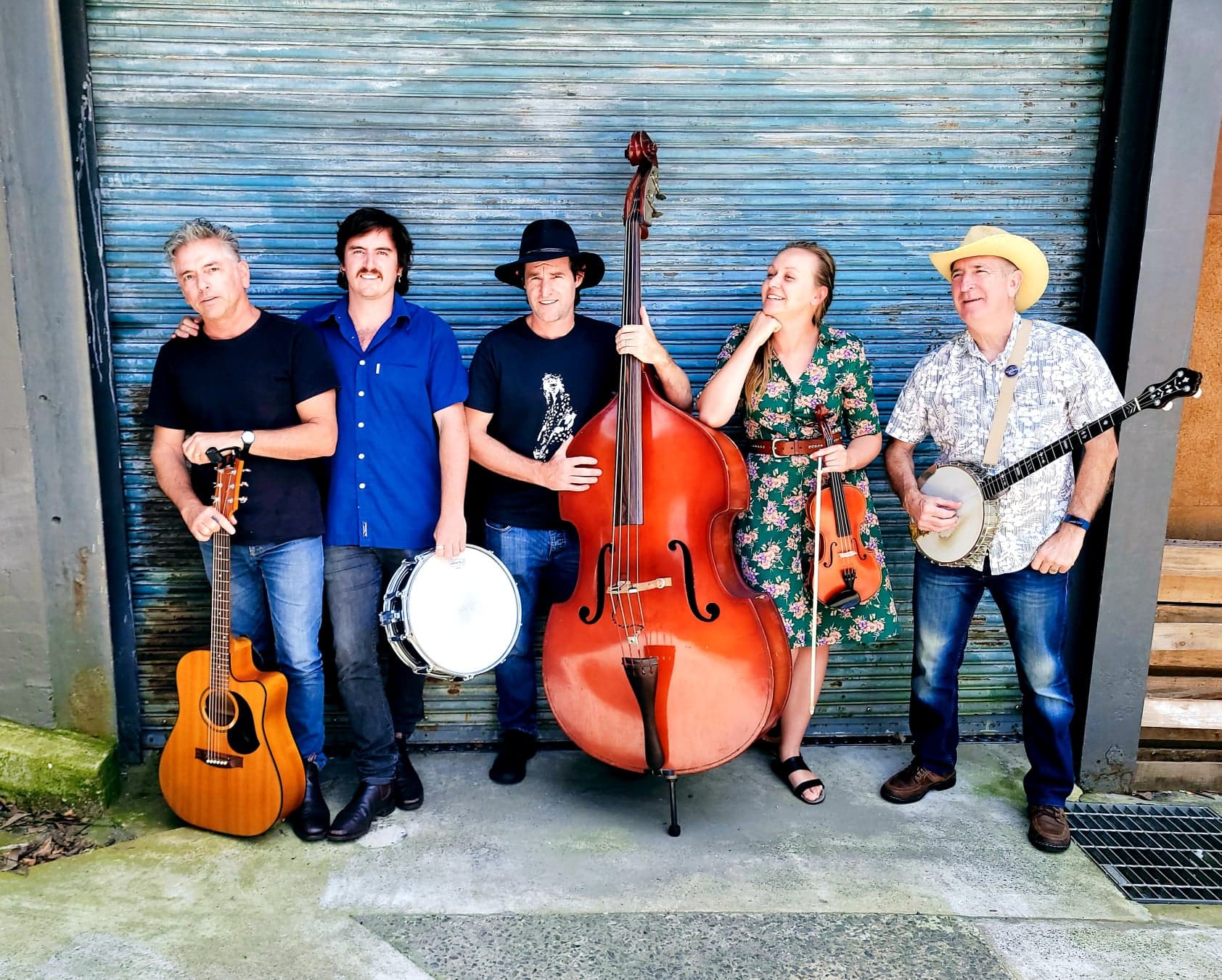 Based in Gerringong and  Kiama, NSW, The Water Runners play a high energy blend of Australian folk, performing mostly original songs that combine influences from bluegrass, country, traditional folk and roots as well as the work of contemporary folk artists like Paul Kelly, John Flannagan, The Morrisons and Neil Murray.  Since 2016, they have played festivals, radio, pubs, clubs and events from Sydney to the Snowy and beyond. Tight harmonies, strong musicianship, clever song writing and great stage banter have earned them a reputation for engaging and entertaining live shows.

In 2020 The Water Runners played for the first time at Tamworth Country Music Festival and were also Semi-finalists in 3 categories for the Tamworth Songwriting Association (making the finals in the Bluegrass category). Also in January 2020 they recorded the single “End of the Year” to remember the terrible South Coast Bush Fires.

They are recording a new album this month with Matt Fells in Sydney and can’t wait to promote their music far and wide.

We will have an afternoon tea break. Please bring your own Keep Cup if you have one.