The Convict Voice ReCollected + Cap in Hand @ The Loaded Dog 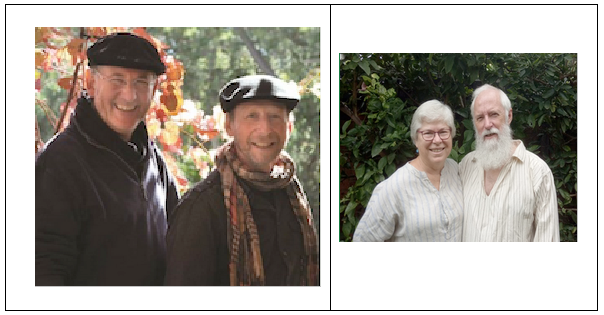 Norfolk Island has a colourful history from Polynesian settlement through 2 Convict settlements and The Pitcairn Islander arrivals, to its place in American and British Pacific whaling
Through their research on the convict settlements on Norfolk Island, Don and Sue Brian, came to realize that, although conditions were at times severe, the historical presentation of this brutality has overshadowed much of the social history of convict settlements and the voice of the convicts.
Did you know that the first Surf Life Savers in Australia were on Norfolk Island?
Don and Sue trawled historical diaries, journals and newspapers, unearthing stories and six previously unrecorded songs and poems written by Norfolk Island convicts during the colonial settlements (1788-1856). Their research of American whaling log books has led to a reassessment significance of the early whaling era.

Dave and Nigel have performed on radio and at folk clubs and festivals throughout New South Wales and beyond. They are both fine musicians and entertainers.

With influences including Nic Jones, Martin Simpson, Richard Thompson, Joni Mitchell and David Francey their music ranges from traditional to contemporary. In addition they both write many of the songs and tunes that they perform.

Concerts are 1 hour each act unless stated