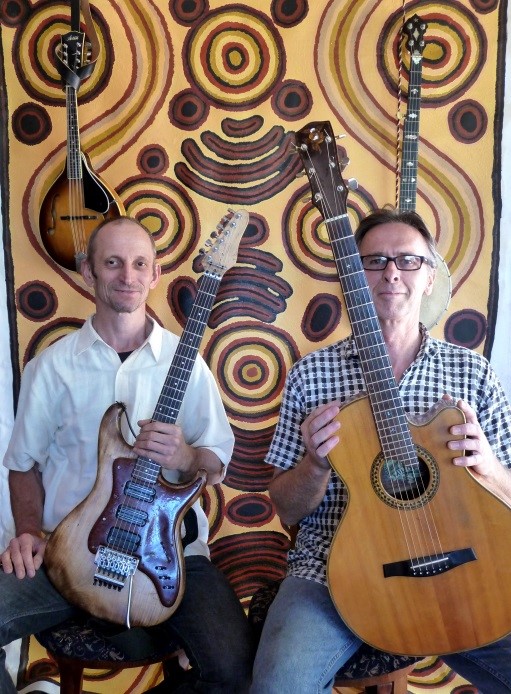 Terry Demol and Tony Gribble are singer songwriters who have been collaborating for over 40 years. They both grew up in Oyster Bay and enjoyed the influences of bands like the Doobie Brothers, Beatles and jsut about every guitarist on the planet from Django Reinhardt to Tommy Emmanuel. Terry has been in several band but now focusses on singing and recording original material.  Tony has lived in the outback for the last 20 years and brings his vibrant and rich cultural experiences to his songwriting including playing didg.  Tez N Tone have produced a finely tuned combination of rhythms and melodies and their lyrics have been described as ‘profound’. Floor spots first half hour.