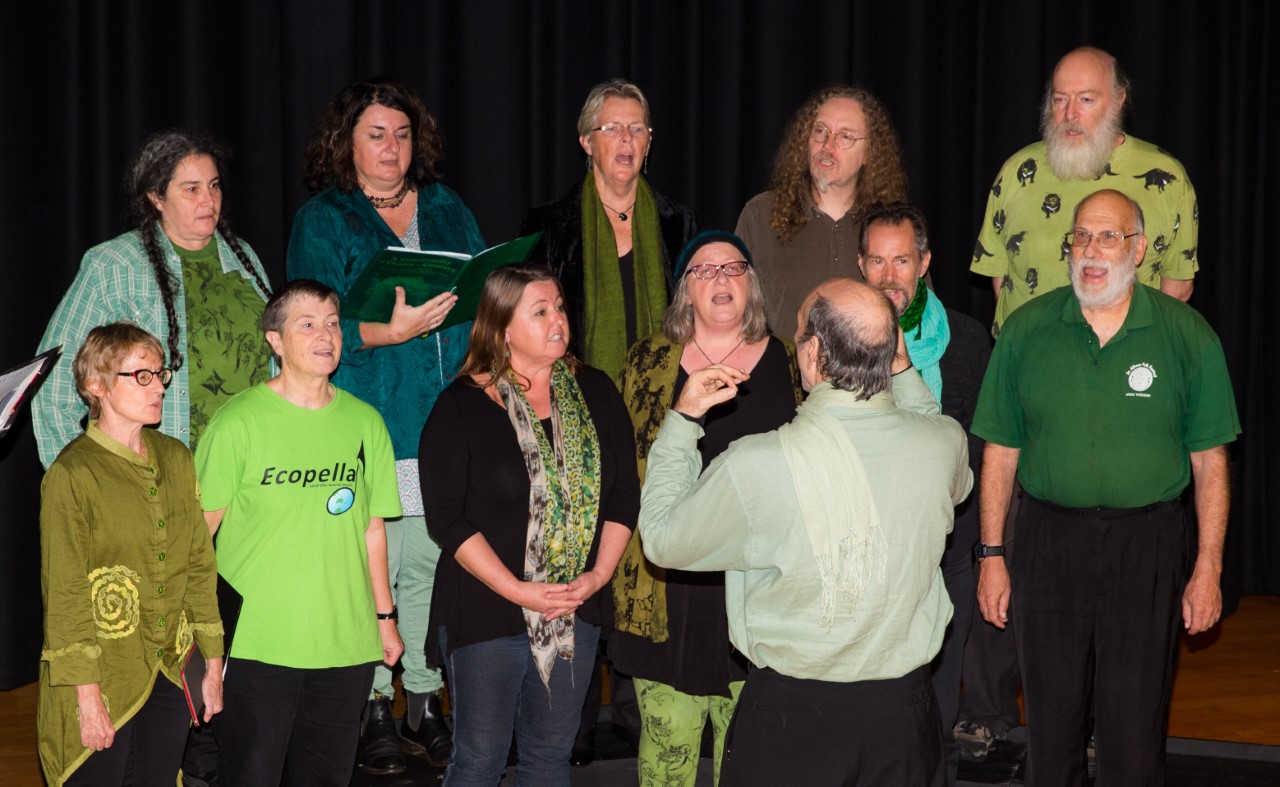 Ecopella is an a cappella ensemble that sings for our threatened environment and for the people whose energy and love are devoted to protecting it. The choir has been spreading its a cappella manifesto for over twenty years. There are now seven branches of the choir, stretching from the Blue Mountains to Sydney and the Illawarra and from Newcastle down to Canberra, and three gorgeous albums of our music on CD.

Ecopella describes its repertoire as ‘Save-The-World Music.’ The songs – many of them originals – reflect the group’s concern with environmental issues: climate change, sustainable living, genetic engineering, deforestation, and green activism are among the themes they sing about. Whether the mood is solemn or hilarious the material is skilfully arranged for unaccompanied voices, and expertly interpreted by the choir’s director Miguel Heatwole. Also support will be Take Time 4 piece band Zimbabwean songs and rhythms lead by Grace