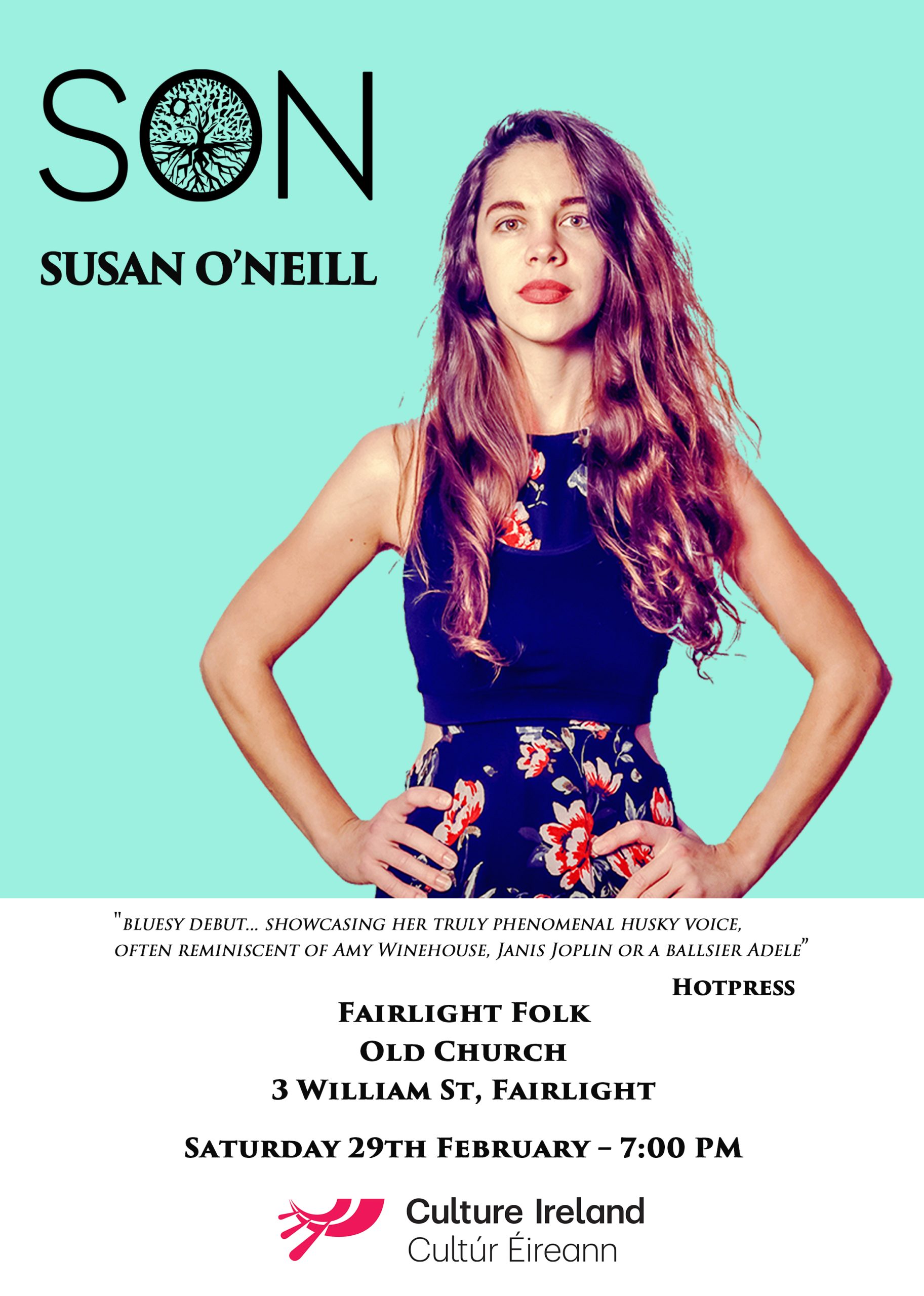 Susan O’Neill aka SON
SON is the stage name of Susan O Neill, a woman who merges through song, a transnational melding of musical styles, encompassing the old and new. The basis of her first album ‘found myself lost’ saw Susan being favourably compared with the likes of Janis Joplin, Amy Winehouse, a ‘ballsier’ Adele and Florence Welch.

SON was booked as a headliner at Cobargo folk festival 2020 however the bushfire disaster has seen the festival postponed while the Cobargo community rebuilds.

We will be fundraising for the Cobargo community on the night.

Rhythms Magazine – WOMADELAIDE
The star of her (Sharon Shannons) show was a slip of a colleen called Susan O’Neill, who possesses pipes that would give Janis Joplin a run for her money.
https://son.ie/
Here is a video of SON filmed at Cobargo in 2019 https://www.facebook.com/cobargofolkfestival/videos/388639291809917/?v=388639291809917

Kejafi
Local trio Kejafi are inspired by the music, dance and piping from the Scottish Highlands and Islands, Kejafi play traditional and original tunes and songs on duelling fiddles and Irish bouzouki.
Kejafi are fiddlers Fiona McVicar and James Gastineau Hills and bouzouki player Ken O’Neill. The trio formed in early 2018 after successfully establishing a monthly Scottish music session in Sydney in 2017.
Kejafi delight their audience with their own take on traditional Scottish music and have performed at numerous festivals, gigs and functions including the 2018 St Albans Folk Festival and the 2019 Australian Celtic Festival in Glen Innes, Sydney folk festival and are booked for the National folk festival in April 2020.
Kejafi have recently released their debut album, the instant classic CD “Coast”
https://kejafi.com/
Listen on bandcamp https://kejafi.bandcamp.com/releases