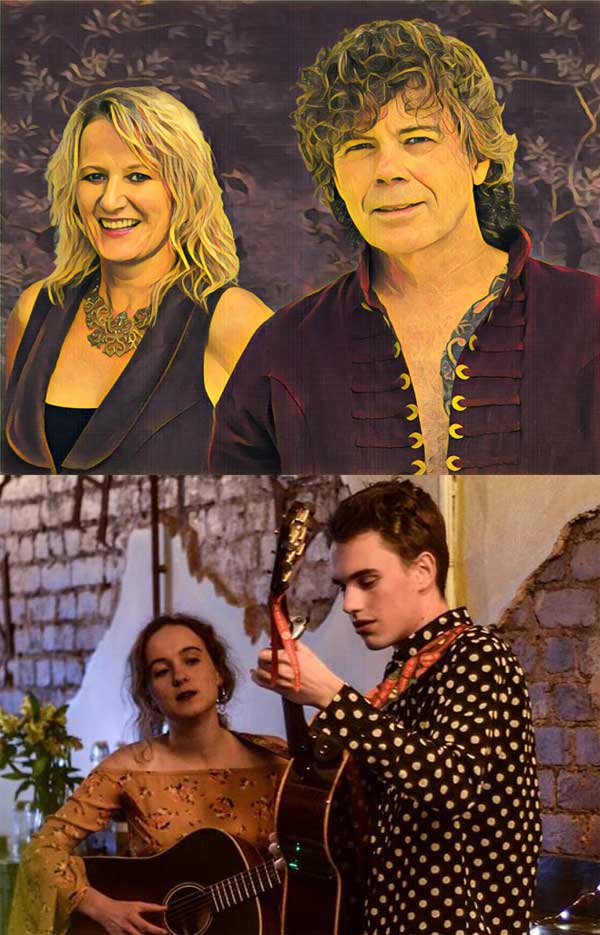 Several songs from Sadie and Jay’s album’s ‘Curious’ and ‘Rogue Folk’ have been award winners in national and international song competitions. They’ve recently released their third album, ‘A Passing of Seasons,’ a collection of contemporary and historical Australian stories bursting with colour, texture and spirited characters. Produced by renowned Australian guitar virtuoso Michael Fix and featuring some extraordinary South East Queensland musicians, their latest album is a contemporary work of art.  Visit their web site.

Drawing from alt-country, bluegrass and the canon of an ‘old, weird America’, Rainy Day Woman play sparse, unhurried folk music. After releasing Gallows Green earlier this year, the young duo have been playing their unique songs – complete with desire, betrayal, pub lore and feminist rage – to audiences up and down the United Kingdom.