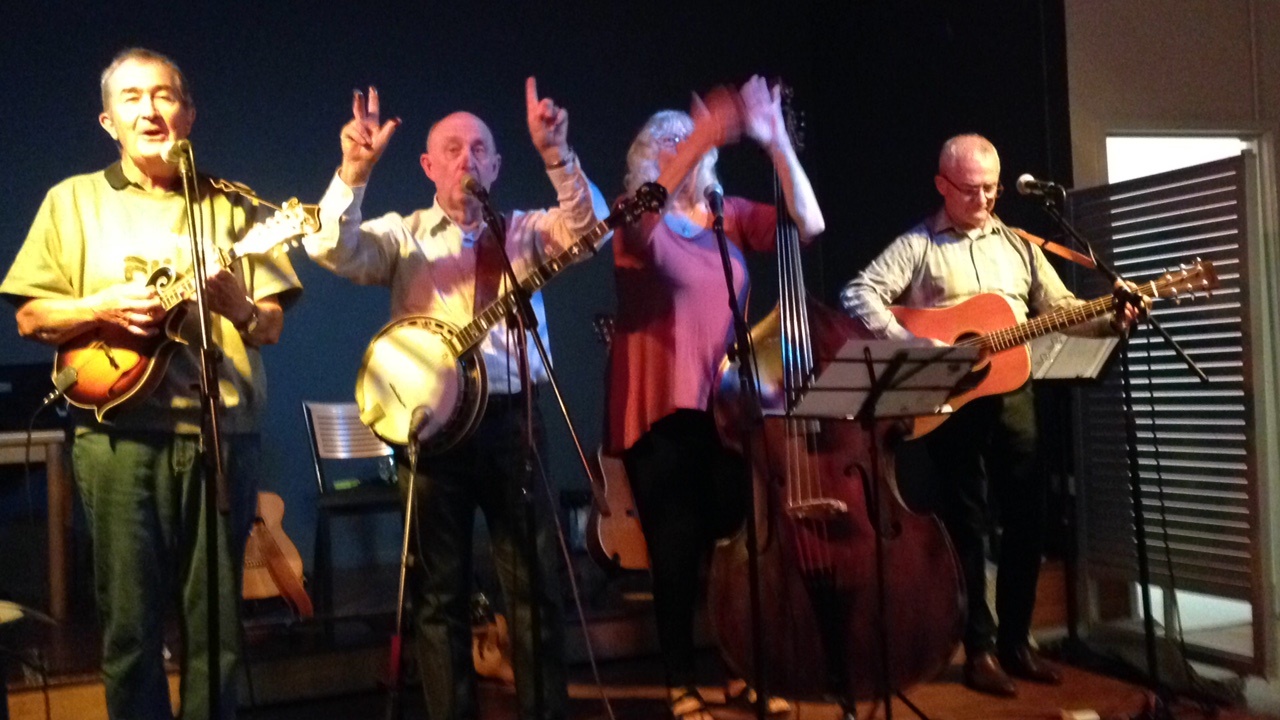 New York Public Library An Australian Bluegrass, Irish, Country Music folk band making their umpteenth visit to Southerland Acoustic  to entertain at the Tradies Club. They play ANYTHING that takes their fancy, with lots of comedy thrown in. IT IS ALL GOOD ENTERTAINMENT AND GREAT FUN!

hails from New York and has been producing labour and protest music for more than 20 years. He has worked with and produced albums featuring such folk music legends as Utah Phillips, Pete Seeger and Tom Paxton and produced national tours of the US and Australia in honour of the Almanac Singers (2013) and Joe Hill (2015). George brings his experience as a union organizer and educator to his concerts– stories and songs about real events and the struggle for a better life. He has just released “For the Road’.