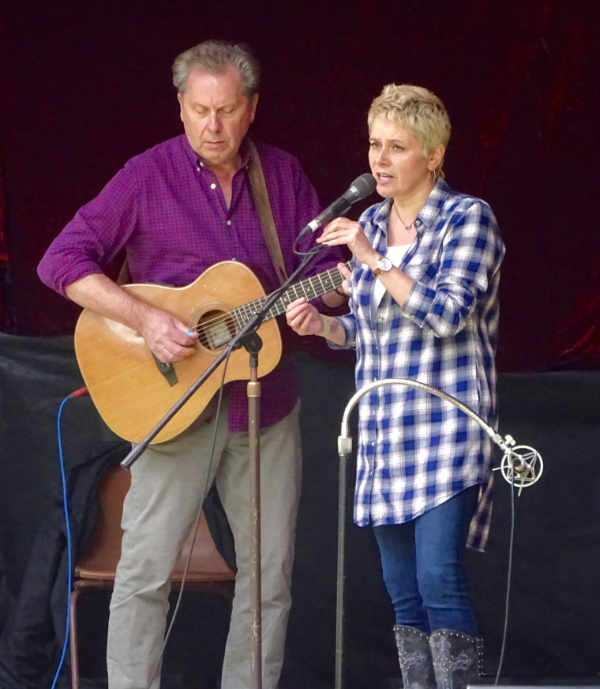 Two highly respected singers and musicians, Ken Nicol & Fiona Ross, are combining their talents for a concert tour which should delight anyone with an interest in great music and great songs. This unique double header event – with Ken Nicol performing his own set as well as joining Fiona Ross on her traditional songs – is one which shouldn’t be missed.

Ken Nicol is an exceptional musician. As a guitarist, he is one of the most skilled and exciting players anywhere today; as a singer he is capable of evoking a wide range of emotions in his audience; and as a songwriter he demonstrates these abilities in his clever and well-crafted material. His music covers the spectrum from blues to rock, effortlessly taking in folk, jazz, ragtime, ballads and more along the way. In 1997 Ken joined The Albion Band as lead guitarist and singer. In 2002, he joined forces with legendary folk-rockers Steeleye Span on their UK ‘Reunion Tour’, a collaboration so successful that it continued for a further seven years.  Visit his web site.