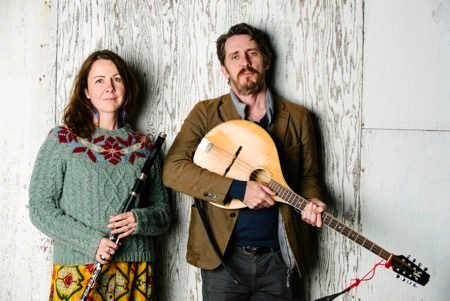 From Dundalk to Hawaii, The Yukon to Cape Cod, California to Drogheda, Singer and flute player Nuala Kennedy is a musical adventurer who is known worldwide as a superlative performer of Irish traditional music. She has graced the cover of Irish Music Magazine, Sing Out! and regularly appears on the mainstage at some of the major folk festivals around the world.  She marked ten years as a solo recording artist in 2016 with the launch of ‘Behave the Bravest’ her fourth solo studio album and the second album released on her independent label Under the Arch Records.

Eamon O’ Leary is one of Irish music’s foremost accompanists as well being increasingly recognised as a singer and songwriter. He and Nuala sing timeless stories of the sea, of love and courtship, of work and ritual, of war and emigration.