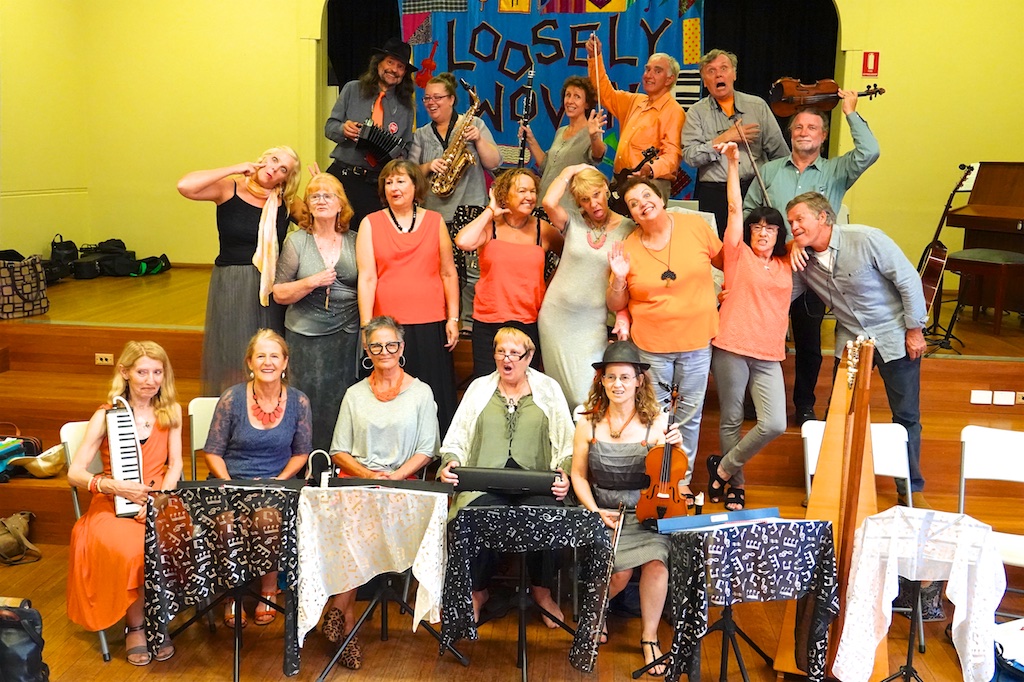 Loosely Woven is a community based group of people who put together and perform two to three new shows each year.  ‘Fly Away’ is the first concert for 2018.  There will be 8 performances including two here at Humph Hall.  The concert will feature 21 instrumentalists and singers.