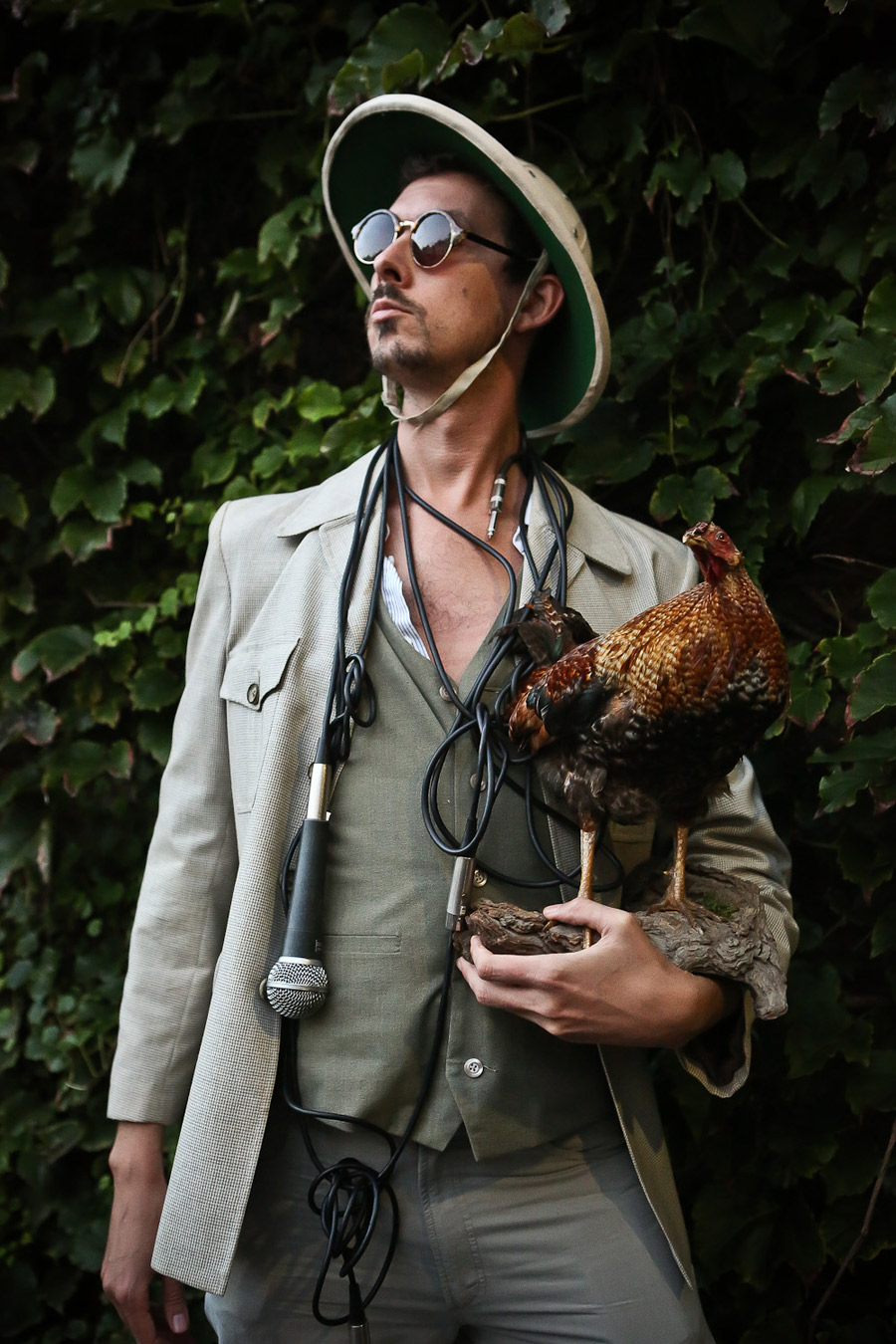 Next Fairlight folk Folk Saturday 24th August 7:30pm
Luke Escombe
Strawberry Thieves
Rosie McDonald & Nigel Lever
Mark the diary!Luke Escombe
Luke Escombe was once described by the Sydney Morning Herald as “a rock-soul singer, raconteur, blistering blues guitarist, comedian and songwriter – and very good at them all”. In other words, you never quite know what to expect from him, but it’s usually pretty good!

As a young boy growing up in London, Luke was fortunate to receive an incredible musical education thanks to his father’s work in the rock and roll touring industry, seeing legendary shows by artists like Pink Floyd, Prince, The Rolling Stones, Bruce Springsteen and Freddie Mercury, which continue to inspire him to this day.

He is the creator of award-winning children’s show The Vegetable Plot, in which he plays a singing asparagus, and the MC and co-writer of a number of acclaimed musical theatre shows, including “Little Egypt’s Speakeasy” and “Man of Constant Sorrow – A tribute to the music of O Brother Where Art Thou”.
https://www.lukeescombe.com/
https://www.youtube.com/watch?v=D97cp0O58Qc

Strawberry Thieves
Strawberry Thieves is Christina Mimmocchi, Jess Ciampa and Lisa Cartwright. They pool their wide-ranging musical experiences and adventures to sing original songs and songs from other times and other worlds in sparkling three-part harmony. Recent gigs include Django @ Camelot (with Frankie Armstrong and with Tanya Sparke), the James Craig tall ship and The Loaded Dog Folk Club. The trio made its auspicious debut at the Spiegeltent at the e 2017 Sydney Festival’s celebration of Leonard Cohen’s songs. A debut cd is on its way …
https://www.christina8arms.com/strawberry-thieves
Listen to them
https://www.youtube.com/watch?v=GhvwuwQ8Mx0

Rosie McDonald and Nigel Lever duo
Rosie & Nigel play a cross-pollination of Northern Hemisphere & American folk, blues & bluegrass music with original tunes and songs.They delve into the gold seam that runs through Irish, Scottish and Celtic folk to American Bluegrass music and beyond to draw us into the story songs and tunes.

Rosie McDonald is an established singer/guitarist who brings the spirit of true folk music to the fore with performances at numerous festivals in bands Seanchas, RAPT & the Hippy Trippy band (formerly in Mothers of Intention & Folklore). Nigel Lever is a renowned bluegrass & folk mandolinist/guitarist & singer of the Willing Ponies, 3 Jimmies,The 3 Marketeers,Trippy Hippy Band and The Faraway eyes and founding member of Acoustic Shock and member of the Karen Lynne band . This melding of musical styles is an exciting natural progression for these 2 fine musicians.

Both musicians will be playing at the Sydney Folk festival
Rosie will sing in the Women sing concert  along with bass player Ann Palumbo, as well as with the group Seanchas. Rosie is also MC’ing at the festival

Together Rosie & Nigel play a cross pollination of folk and bluegrass music drawing the long bow across the Atlantic via the Antipodes.
https://www.facebook.com/rosieandnigelduo/