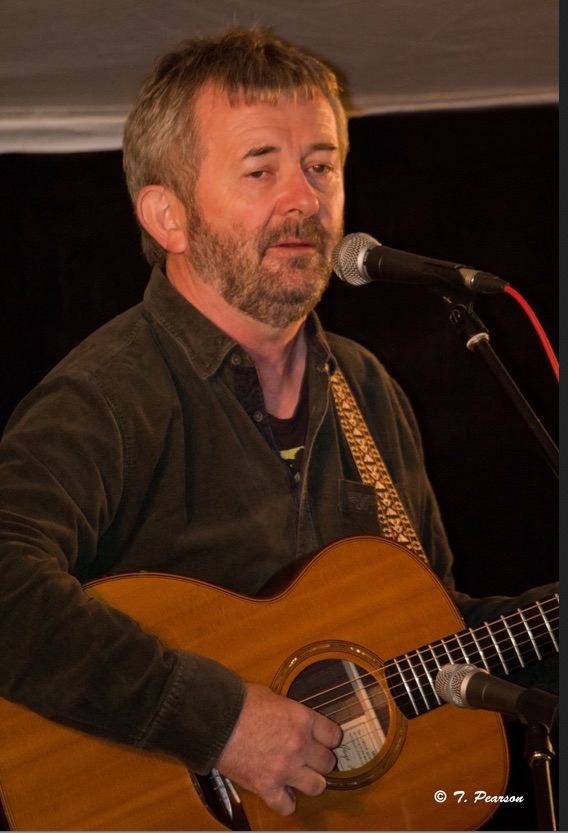 Enda was born and raised in Dublin before settling in his adopted hometown of Melbourne in 1987.
His belonging to his new land is evident in songs like Language of the Land, a powerful cry for reconciliation with Australia’s Indigenous people, yet, like his birth country, Enda can seamlessly shift from the deeply poignant to the craic and entertain audiences with quirky, witty lyrics.

He has released eight acclaimed albums, most recently Kitchen Ballads, but Enda spent a decade juggling recording and performing with a full-time career in public housing. He left his day job to return to music in 2013.

Enda’s back catalogue of recorded work provides a perfect introduction to his stories of life, love and justice, but it is on stage where he truly shines.

A regular performer at some of Australia’s best-known festivals including Port Fairy Folk Festival, Woodford Folk Festival and the National Folk Festival. He is also a multi-award winner having twice taken home Port Fairy Folk Festival’s prestigious songwriting award. Enda’s 2005 album Here and There won the peer-reviewed Australian Folk Alliance’s Album of the Year award. A true Irish storyteller, Enda’s well-crafted lyrics are backed by tunes that enrich and complete his narratives.

Duke’s place, named after our honoured early member Harold ‘Duke’ Tritton (1886-1965), is the place to go once a month for a great night of Australian songs.. Duke was a powerful singer who supplied BMC with many songs he had learnt in his younger days while working as a shearer and at other bush jobs. He was also a songwriter and poet giving us songs that have entered the tradition such as Sandy Hollow Line and Shearing in the Bar.Door opens 7.30 for 8pm start.
Tritton Hall, Hut 44 Addison Road Centre, 142 Addison Rd, Marrickville

Tea/coffee available, BYO & a plate to share.
Park in the carpark and follow the path on the right side of the big hall – the Hut is across the grass, decorated with dancers & musicians.
Map here https://addiroad.org.au/about-us/contact-us/ The 428 bus stops right outside the Centre.