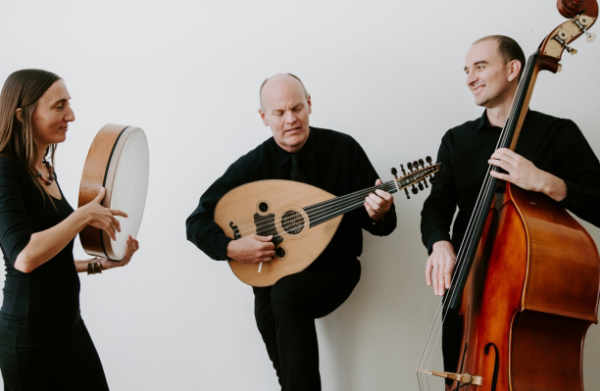 East of West plays original music that primarily draws from the rich musical influences of the Balkans and the Mediterranean. With experience in jazz and Middle Eastern classical music forms, the band’s compositional focus is on creating beautiful story-telling melodies spun over rich traditional rhythms, allowing space for open solos and improvisation. Oud, double bass and percussion blend to create a sound that will awaken in the listener a sense of mystery and possibility.

Goran Gajić plays with and composes for the Queensland Music Award winning band Mzaza; Philip Griffin works or has worked with internationally renowned musicians such as Linsey Pollak, Tunji Beier, Frankie Armstrong and Ross Daly; Malindi Morris has worked with internationally known guitarists ‘Duo Aritmija’ in Slovenia, composing for and directing the project ‘Lastovka’ and was one of the founding band leaders of the Balkan brass band ‘The Transbalkan Express’.