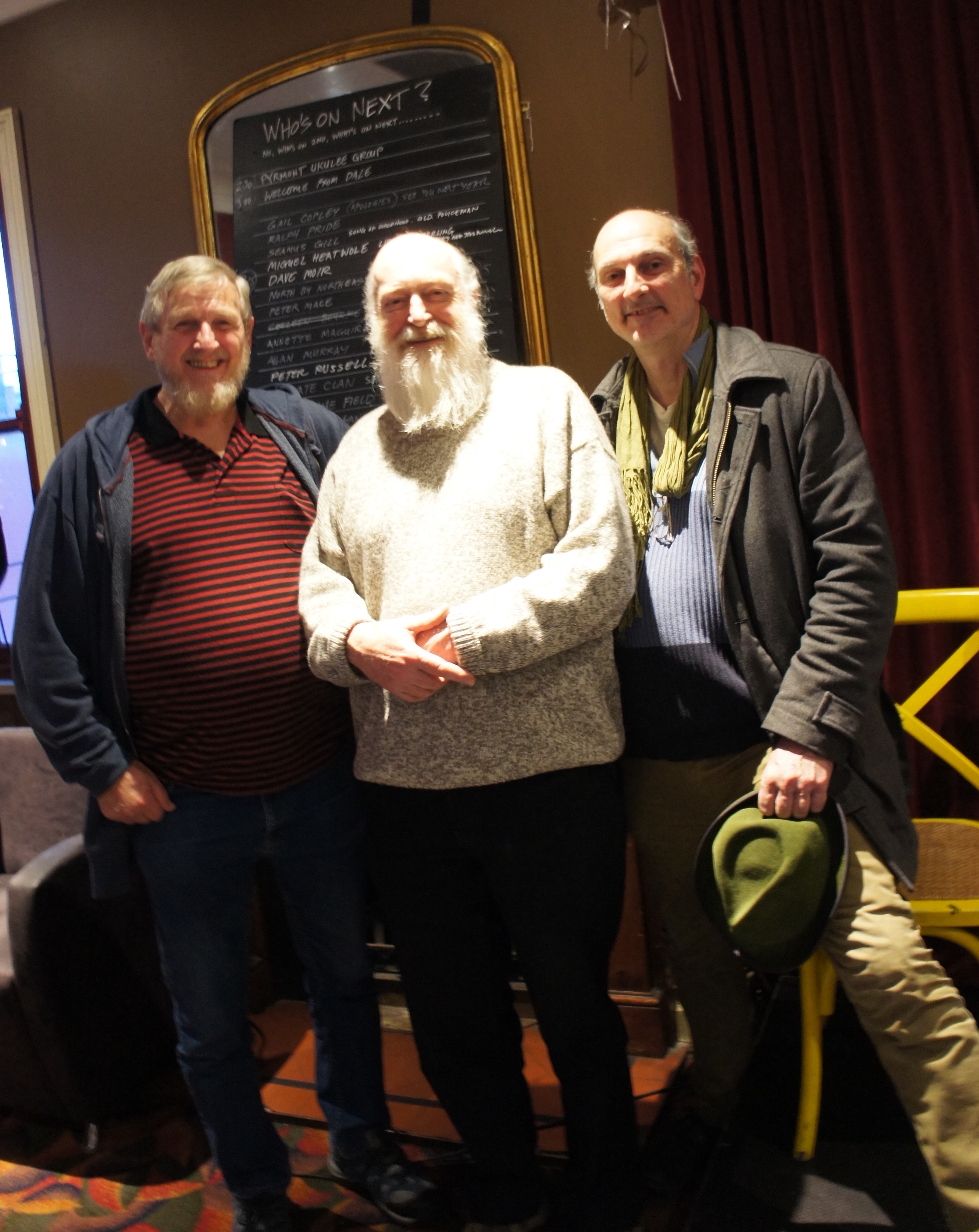 Ralph learnt his songs from The Master starting in the early 60s, Chris & Miguel picked them up from hearing John in later years at singing sessions & concerts, and by reading his books.

All have added verses to John’s songs in true folk style, & Miguel has arranged some for choirs. Ralph is working on a John Dengate songbook for use by Concert Party and at future festivals.

Ralph – joined BMC in the early 60s, & is a musician, singer, Concert Party leader, and the creator and compiler of many song and tune books for Concert Party.

Chris – joined in the 70s, danced to a bush band at his wedding, is an unaccompanied singer and choir member.

Miguel Heatwole – choral director and composer, and a leader of singing sessions. His first appearance at Dukes took us on a journey through Australian song that started with a song in an indigenous language, thru Frank the poet & other 19th century songs, to the 20th Century & the 21st. Mainly an unaccompanied singer, tho he occasionally uses guitar or percussion.


Duke’s Place, 2nd Fridays February to December, 7.30 for 8pm start – concert is followed by a session.

$10, BYOG and a contribution for supper

Duke’s Place, named after our honoured early member Harold ‘Duke’ Tritton (1886-1965), is the place to go once a month for a great night of Australian songs in concert and session. Duke was a powerful singer who supplied BMC with many songs he had learnt in his younger days while working as a shearer and at other bush jobs. He was also a songwriter and poet giving us songs that have entered the tradition such as Sandy Hollow Line and Shearing in the Bar.