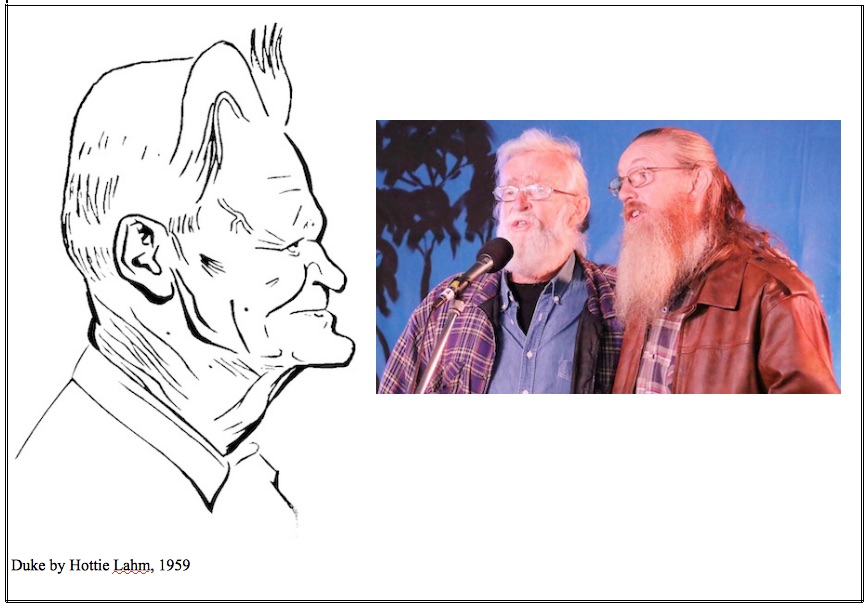 Roger Montgomery & John Angliss, are Dingo’s Breakfast, WA’s popular touring folk act. The Dingo’s Breakfast tour every summer in the eastern states of Australia, appearing at the very best of the festivals, clubs and venues.

With decades of performance experience under their belts, The Dingo’s Breakfast present an electrically eclectic dialectic selection of Oz Music, Poetry and Yarnspinning, with the accent firmly on Comedy . . Beauty!

Dingo’s Breakfast concerts are a wonderful mix of Traditional and Contemporary Australian and Irish Songs, lavishly salted with an edgy slam of Performance Poetry. The Dingo’s have comprehensively proved that Performance Poetry is not just for breakfasts any more.