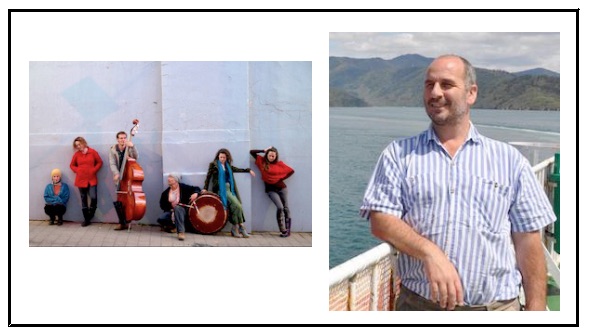 Chaika! If you missed their Woodford performances, here’s your chance. An ensemble performing uniquely original compositions and re-imaginings of traditional songs. Sensuous, cinematic, at times irresistibly danceable, a rich tapestry of vocal harmonies that weave seamlessly into instrumental dialogues.  http://www.chaikaband.com/

Graeme Knights – Unaccompanied Singing at it’s Loudest and Best, Traditional and Contemporary Folk Singer. His repertoire encompasses Shanties, Traditional Love Songs, Mining Songs, Gospels, Drinking and Music Hall Songs and some more recently written contemporary songs – many with good enjoyable and singable choruses. Graeme has been singing for over 30 years, following 6 generations in his family. His grandfather was on stage in our Old Time Music Hall, which may be where Graeme gets his upfront approach to engaging with an audience. Although Graeme has a song with a big chorus on seemingly every topic, he is best known for his Maritime songs. http://folkfax.co.uk/gk/index.html