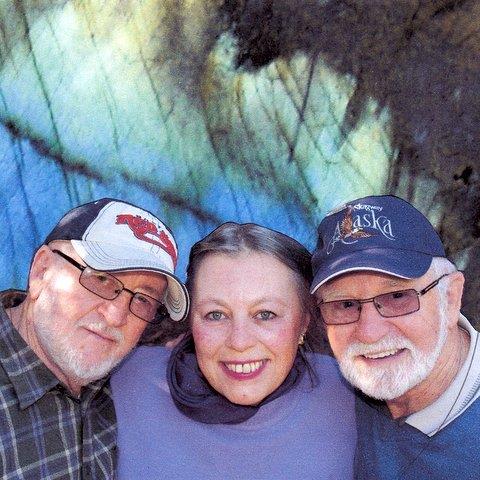 AZ-I-AM a trio formed in 2007 for three concerts at the 2008 Illawarra Folk Festival. Together they weave their own kinda of “folk” music. It’s a cultural cross over of Celtic, Country, with a touch of Jazz and Medi-eval Blues. They are from diverse musical background, and somehow it all blends together.

Johnny Spillane and Ray Marshall have played in numerous bands.

Johnny has played in Settlers match, Wongawilly bush band, Riogh and is currently playing with Curagh. He’s been involved in projects with other musicians, schools, theatre and even a film score or two.

Ray hails from across the border in the country and bluegrass scene and has played in such bands as, Gateway, Mountain Slide Bluegrass, Resaphonic Grass and Ray Marshall and the Bluegrass Deputies.

Chris Wilson has performed solo with the occasional foray into different genres. A rock band, called Non-Fiction, jazz duo with David Foster, another Jazz band, After Five with Chris Wilson. Niche, a country folk band. She is more the singer songwriter and has been called the secret song bird, which rather tickled her fancy as she is a hermit most of the time. This will be launch of their new album.