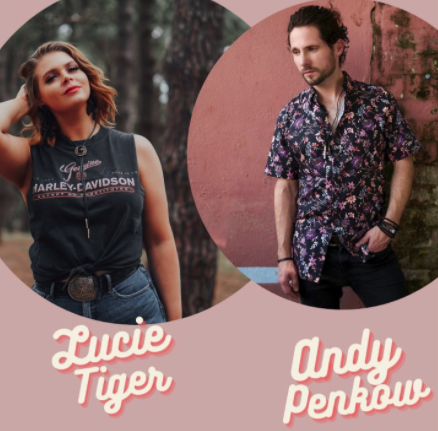 Andy Penkow is an independent singer-songwriter whose intimate shows engage with a mixture of folk Americana and country. Sad Love Songs was launched at Blue fig in Newtown late last year, and Andy has just performed at the 2019 Tamworth country music festival. His first single “Drowning in the Whiskey” debuted at number 17 on the Oz Country Downunder charts and has spent 7 weeks in the charts. His show includes original songs from his debut album and beautifully written cover songs that you will hum along to.

Wandering songstress Lucie Tiger is the embodiment of a Southern infused, Country Rock singer/songwriter, coloured with a hefty dose of good old Americana charm. While 2020 has put a temporary pause to her road tripping, the singer/songwriter has wasted no time with a single due this February 26 ‘Found My Home’. The song is a musing on time spent on the road and reflects with a longing sense of nostalgia on the places most enjoyed during Lucie’s time on tour in the US and features Bob Wray (Ray Charles), Will McFarlane (Bonnie Raitt), Brad Kuhn (Meg Williams) and Justin Holder (Jason Isbell, Shoalsfest).