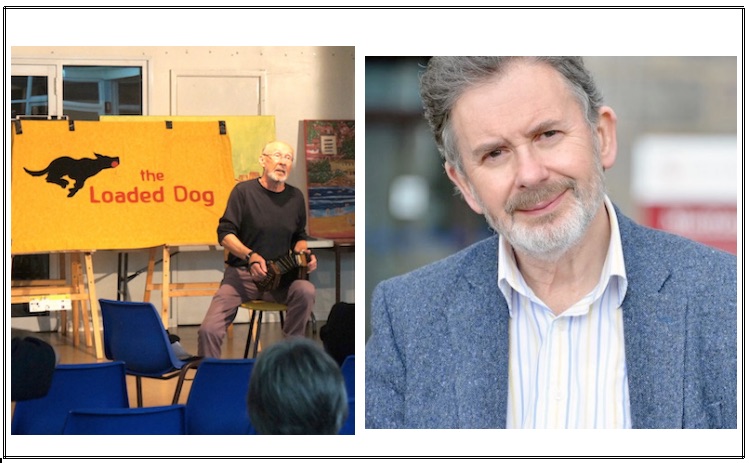 Alistair Brown has been singing the old songs, and new songs written by people who like the old songs, since he was fifteen years old. He began his career helping out in the folk clubs of his native Scotland during the folk revival of the 60s, selling tickets, & opening bottles (and occasionally concerts) for many of the great names in folk music.  http://www.alistairbrown.com/music/Home.html

Ian Russell is an emeritus professor at the University of Aberdeen. Since 1969 he has conducted extensive fieldwork into singing traditions in the English Pennines, especially Christmas carolling – and has written and broadcast on the subject. He is an experienced leader of carol workshops and the director/founder of the Festival of Village Carols. When in Derbyshire he plays melodeon for Winster Morris.  http://www.villagecarols.org.uk