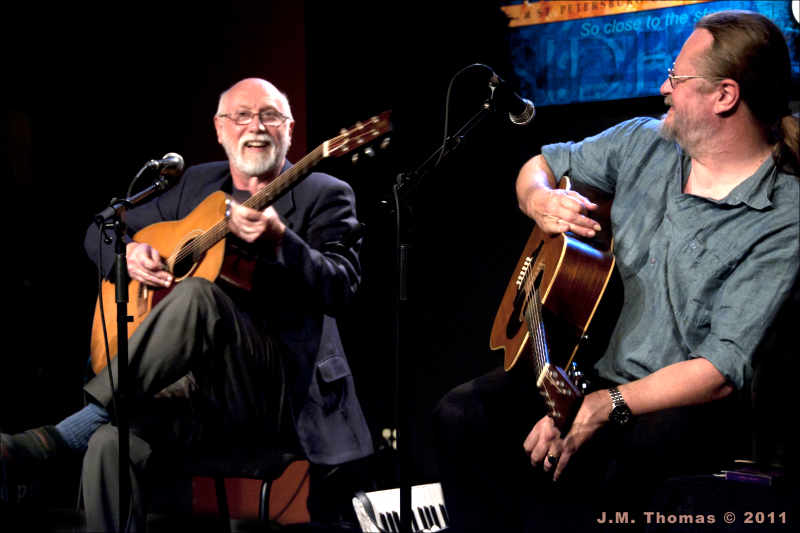 Alan Reid was a vital member of Scotland’s legendary folk group Battlefield Band for 40 years. His groundbreaking keyboard work helped cement the band’s reputation as one of the most influential of its generation, while his songs steadily gained admirers. From beautiful ballads to a musical cycle on the life and times of Scots born sailor John Paul Jones Alan has forged a reputation for composing songs with beguiling melodies and strong historical content.

From the 1970s onwards Rob van Sante toured extensively in Europe, North Africa and the Middle East, working with many stalwarts of the U.K. folk and jazz scene. In the early 90s he joined the ranks of Battlefield Band as their ‘fifth’ member (sound engineer) and continued in that role until 2010. Acknowledged for his subtle guitar accompaniments and fine harmony singing Rob is also a noted producer, recording engineer and session musician.